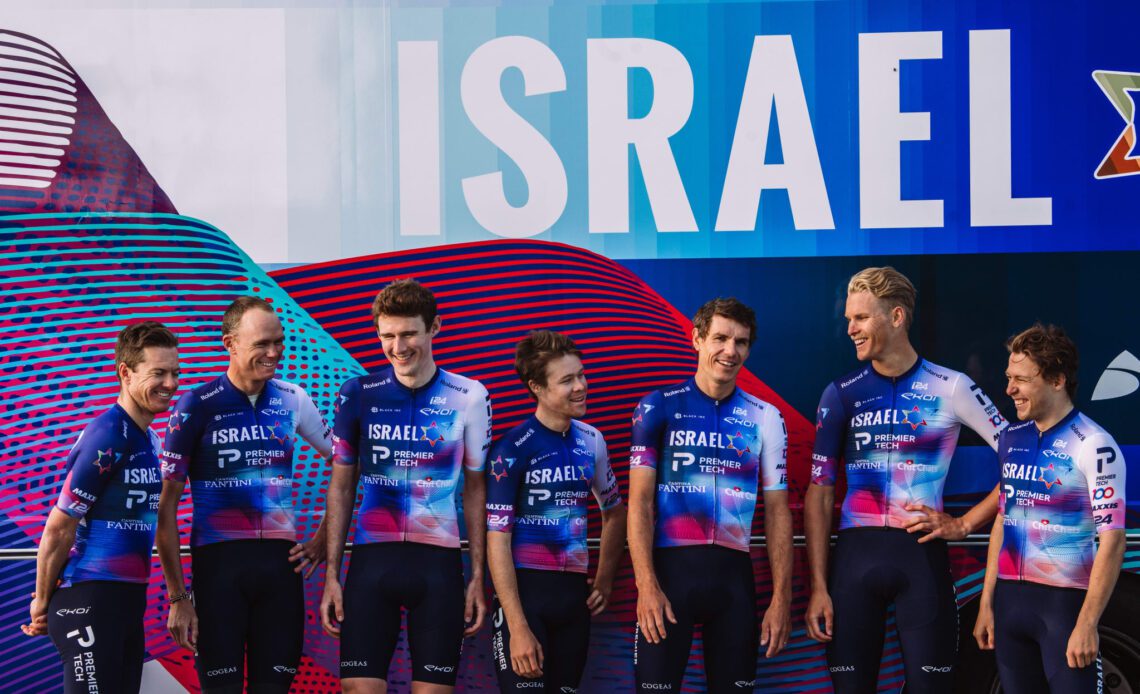 Newly relegated from the WorldTour, Israel-Premier Tech are nevertheless heading to the Giro d’Italia, in addition to their recent Tour de France invite, as race organiser RCS announced the wildcard invitations for their slate of spring races.

The Israeli squad, which has taken part in the race each year since the historic Grande Partenza in Jerusalem in 2018, leads the list of four wildcards for this May’s race.

Absent, however, are both Lotto-Dstny and TotalEnergies. The teams qualify for automatic invites to all three Grand Tours this year as the top two teams in the ProTeam rankings, though both have declined to take on the Giro.

Joining Israel-Premier Tech and the 18 current WorldTour teams at the start in Abruzzo will be a trio of Italian ProTeams. The Alberto Contador- and Ivan Basso-led Eolo-Kometa will race for the third year in succession. Green Project Bardiani-CSF-Faizanè, ever-present at the race having only missed the 2009 edition since the 1990s, are also invited.

Rounding out the list is Team Corratec, who have stepped up to ProTeam status this season and have been linked with the signature of Nairo Quintana in recent days.