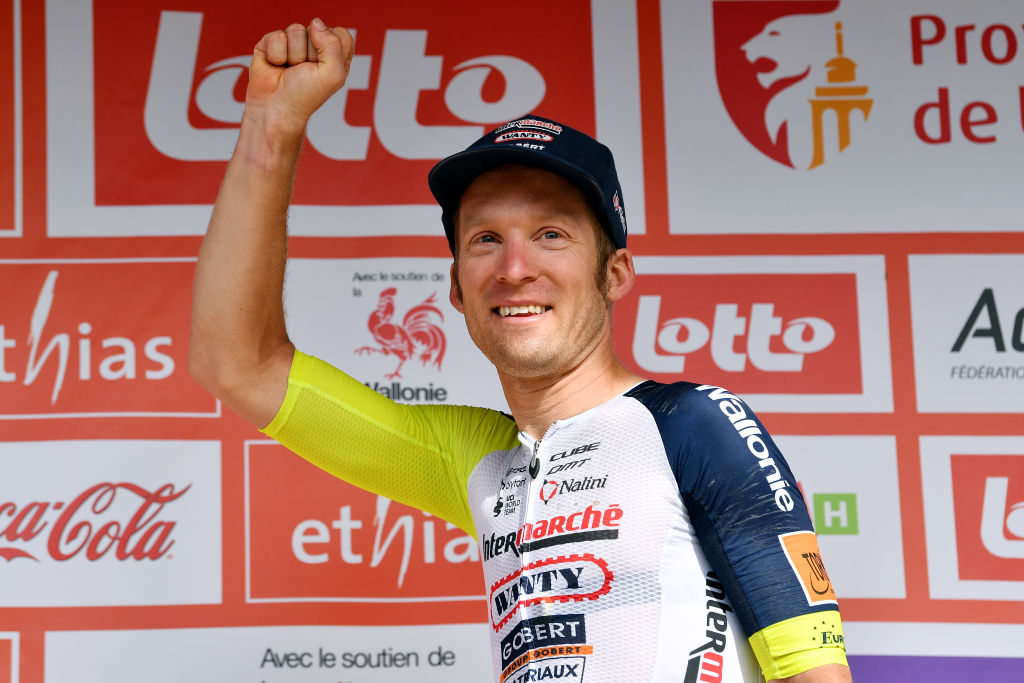 Belgian allrounder Jan Bakelants, 36, has confirmed that 2022 has been his last year on the bike.

The Intermarché-Wanty-Gobert Materiaux racer took his biggest victory in 2013, with a memorable late break in the Tour de France in Corsica that year garnering him both the first-week stage, his first pro win, and the overall lead for two days.

A Tour de l’Avenir winner in 2008, forged in a break of over 200 kilometres that culminated with a three-minute advantage over his nearest pursuers, Bakelants suffered a major crash in Il Lombardia in 2017, breaking multiple ribs and vertebrae in a fall that almost spelled curtains for his career.

But Bakelants bounced back, taking an emotional final victory this season on home soil in the Tour de Wallonie’s stage 5. However, he has now decided to pull the curtain down on his career.

With a solid reputation as a breakaway specialist, other victories in his career included the GP de Wallonie in 2013, a stage of the Critérium du Dauphiné in 2014, and wins in the Giro dell’Emilia and the Giro del Piemonte in 2015.

“I am stopping as a pro,” Bakelants recently told sporza.be. “It’s official now and it’s time to tell everybody. It wasn’t an easy decision, but it’s gradually become clear.”

“It wasn’t a precipitated decision. I didn’t want to take any risks, and I’ve taken this decision in consultation with my family. It’s a good thing.”

Il Lombardia, where he finished 33rd, was his last race, but Bakelants said his decision to stop had become clearer after winning in the Tour de Wallonie.

“Three years ago we sat here again looking for people who still believed in me and I was able to answer with the pedals,” he told sporza.

“When I started this season, it was not clear what I wanted to do. But after that victory, the idea grew that it was a good time to stop.”