Jasper Philipsen: I want to be the best version of myself at the Classics 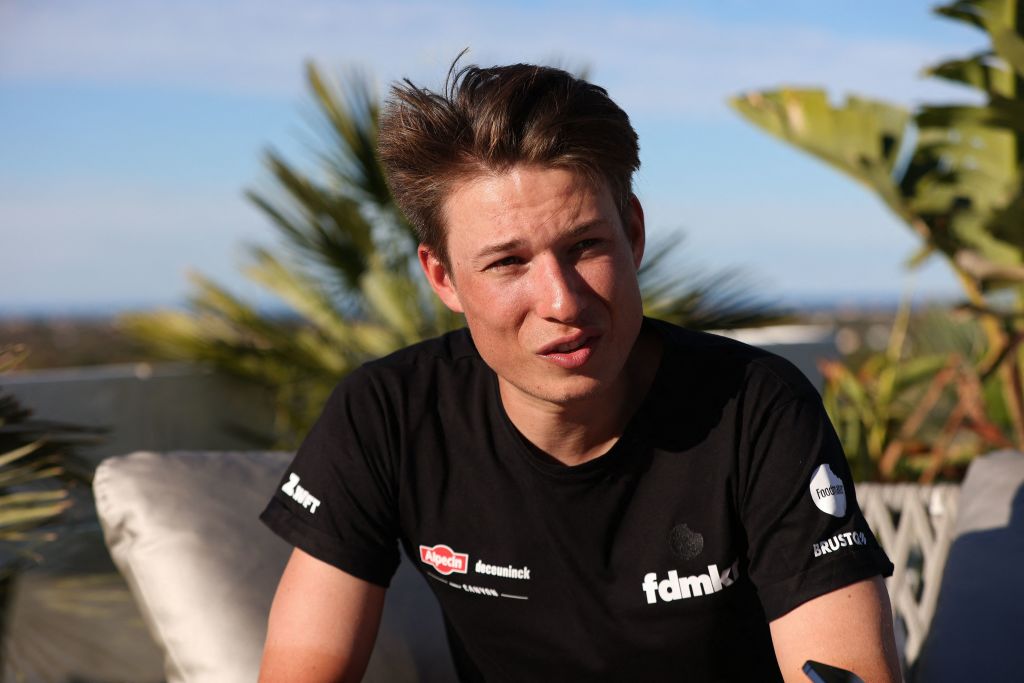 Mathieu van der Poel may be the main star rider at Alpecin-Deceuninck, but the Belgian team has only bolstered its squad for 2023, with Søren Kragh Andersen and Quinten Hermans among the riders coming on board.

Despite the departure of sprinter Tim Merlier, they have retained double Tour de France stage winner Jasper Philipsen, too, giving the team four leaders heading into the coming season.

Philipsen has emerged as one of the peloton’s top sprinters since joining from UAE Team Emirates in 2021. He took nine of his 23 career wins last year, including four at WorldTour level, and this year he’s looking for more with an eye to the spring Classics.

“I think the focus this year is a little more towards the Classics. I want to be the best version of myself there,” the 24-year-old, who won Scheldeprijs in 2021, told Sporza (opens in new tab) from the team training camp in Spain recently.

“I’m not thinking about the Tour of Flanders but rather of Dwars door Vlaanderen or Milan-San Remo. It’s important to get to my Tour de France form in the spring. That didn’t succeed as much last year, but it should be the goal now.”

Philipsen is set to kick off his season at Omloop Het Nieuwsblad and the more sprinter-friendly Kuurne-Brussel-Kuurne at the end of February, with a spring campaign full of one-day races on his plate before a return to the Tour in July.

“If I get to my Tour form then why wouldn’t it work?” he said of his plan to target spring. “And with Mathieu van der Poel and Søren Kragh Andersen, we can try to bend the races to our will in different ways.”

Kragh Andersen, who has joined the team this year from Team DSM, is also hoping to work with Van der Poel through the spring. The Norwegian’s career had stagnated somewhat in recent seasons following his pair of stage wins at the 2020 Tour, but he says that he already has a “boost of motivation and energy” upon joining Alpecin-Dececuninck.

“It was the right time to try something new,” he told Sporza. “You can’t compare my story with that of, say, Tiesj Benoot. I stayed [at DSM] longer and I didn’t break my contract, but seven years was a long time.

“I already felt during the winter that it was good to change. There’s a boost of motivation and energy.”

Kragh Andersen added that he hasn’t yet fully thought about how he’d work with Van der Poel on the road. On paper, the pairing could form a formidable duo during the spring, and the 28-year-old said that both he and his new teammate race in a similar way – on…