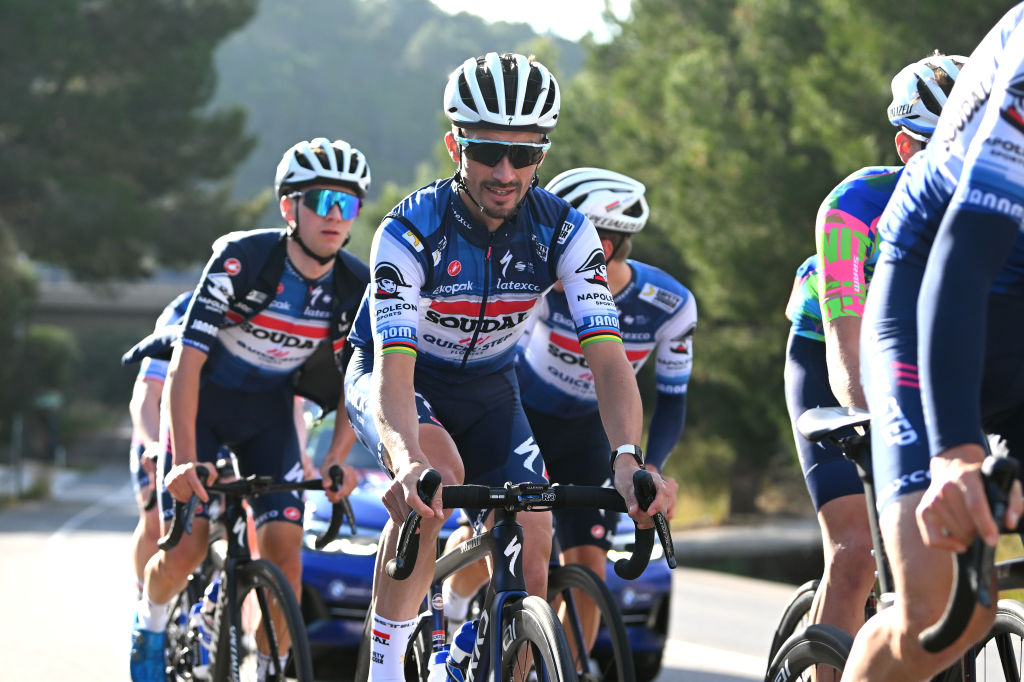 Following Soudal-QuickStep boss Patrick Lefevere’s strong comments about his two-time world champion, Julian Alaphilippe has said he was “surprised” to hear the criticisms levelled towards him.

Back in December, Lefevere seemed to dismiss the role of luck in Alaphilippe’s recent results, also stating to Belgian newspaper La Derniere Heure that the Frenchman could leave the team “if he was tired of the environment”.

In a wide-ranging interview with L’Equipe (opens in new tab) published this week, Alaphilippe dismissed that idea and said he was surprised to read what Lefevere had said.

“The question of changing horizons has never come up. When we talked about it during the off-season, I told him that I didn’t necessarily want to go elsewhere,” Alaphilippe said.

“Every time I have discussions with him it goes well. He never said such things to my face. To be honest, I was a little surprised to read that. If he had a problem with me, I think he would have told me first. So, I’m not too worried.”

Alaphilippe endured a season from hell in 2022, missing an early-season training camp due to illness before a spectacular crash at Strade Bianche, and then a heavier crash at Liège–Bastogne–Liège that left him with broken ribs, a broken scapula, and a punctured lung.

Spring highlights included a stage win at Itzulia Basque Country and fourth at La Flèche Wallonne, though they would be in short supply in a summer which saw him miss Tour de France selection before catching COVID-19 at the Tour de Wallonie.

Another crash, and a dislocated shoulder, came at the Vuelta a España, and a battle to get fit for the Worlds left him only to finish 51st. He later admitted to Cyclingnews that he was “never at 100%” at a race during the season.

“You know that you are going to fall, that you’ll be hit by physical problems, and that you’ll have to take care of yourself – that’s part of the job,” Alaphilippe told L’Equipe.

“But we try not to think about it. Until last season I had done well. I had a few injuries and viruses here and there but nothing that really hindered my progress. Last year, I really had a lot of setbacks.

“Even if I sometimes had a hard time, I never gave up. Of course, I would have liked to train to perform, not just to come back. I’ve always been a fighter, so I kept on doing my job until the end. I think I didn’t have any real moments of happiness on the bike in 2022.”