Julian Alaphilippe: ‘When you have the rainbow jersey on your shoulders, it’s harder to live’ 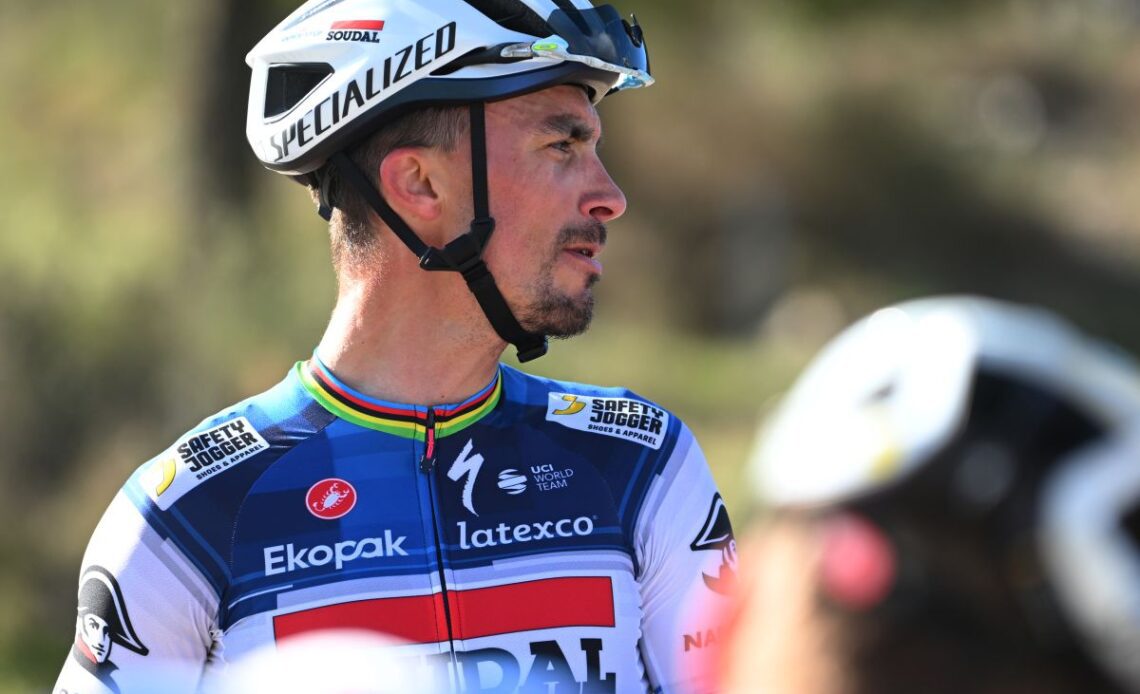 By Julian Alaphilippe’s standards, 2022 was an annus horribilis.

The two-time world champion recorded two wins – at the Tour of the Basque Country and the Tour de Wallonie – in a season fraught with crashes and injuries.

When the time came to defend his road world title in September, the Frenchman couldn’t even break into the top 50. The rainbow bands went to Belgium and his Soudal Quick-Step team-mate Remco Evenepoel.

The winter break couldn’t come sooner – a chance to store away the bike and hit reset.

“After the races in Italy last season, I really switched off from the world of cycling,” Alaphilippe told the media in a press conference on Tuesday. “I took some time for myself.”

Two years in the rainbow jersey, he explained, had taken their toll.

“When you have the jersey on your shoulders, it’s harder to live,” he said. “It’s a bit long to explain. Winning the rainbow jersey was my dream, and winning it twice was one of the most beautiful moments of my career.

“When you have the jersey and you’re having a difficult season, be that through injury or crashes or other things, you’re not really where you want to be, you’re below what people are expecting of you. Then it becomes harder and harder.”

In April last year, the 30-year-old was hospitalised after careering into a tree during Liège-Batogne-Liège. He suffered two broken ribs, a broken scapula and a punctured lung, which left him sidelined for two months.

He returned to winning ways in July at the Tour de Wallonie, before a bout of Covid struck him down. Then, at the Vuelta a España, Alaphilippe had to call off his support duties early, abandoning the race with a dislocated shoulder on stage 11.

“I don’t want to pin the bad times I went through last year on the jersey, not at all. I think the jersey did me good and reminded me of what I had achieved. Now, though, it’s time to move forward.”

This year, disguised in the ordinary marine blue of his trade team Soudal Quick-Step, the Frenchman is upbeat about rediscovering his freedom on the road.

“I think this is one of the first seasons, if you compare to the last few seasons before, that I feel so free and relaxed,” he said. “I don’t know if it’s because of [not wearing] the rainbow jersey or a good winter, but I feel really relaxed.

“No longer having the jersey is going to allow me to get back some of the freedom that I had before winning it. And I need it after…