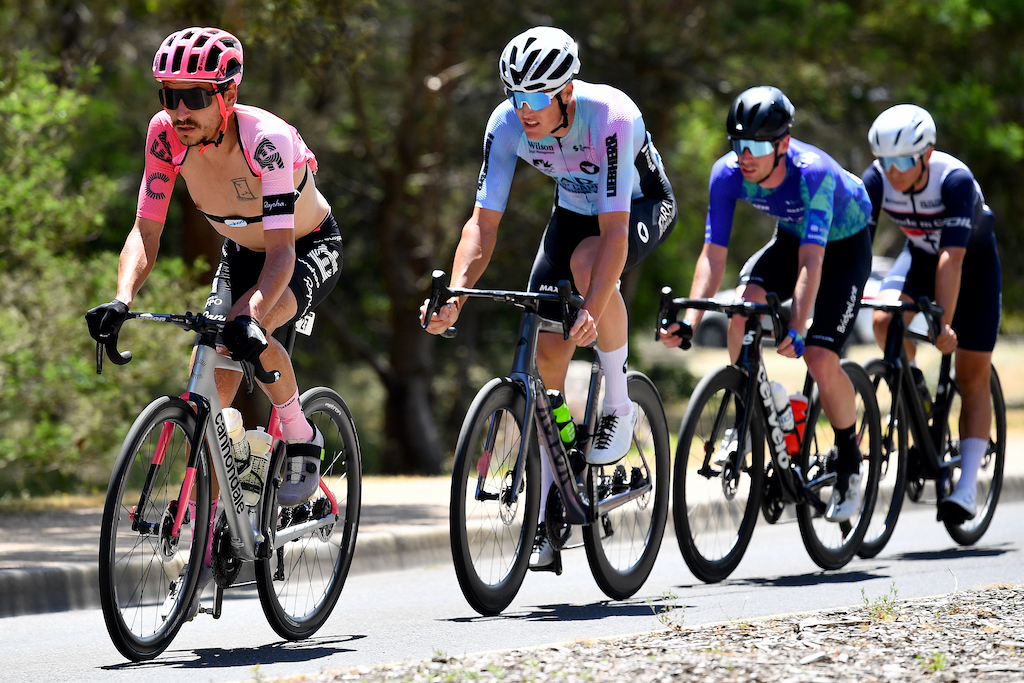 When the entry lists for the elite men’s road race at the AusCycling National Championships came out, an unexpected name jumped out – Lachlan Morton (EF Education EasyPost). Was a road comeback on the cards for the rider who announced that he had left top level road racing completely behind and would embrace an alternative calendar?

Well, no, as it turns out – it was just a brief relapse.

“I was in Australia. I felt like this is probably my only chance to race the road this year,” Morton told Cyclingnews. “I figured I’d just come in and see how it went, there was nothing more.“

After coming back to Australia for the first time since the COVID-19 pandemic had struck to see family over Christmas, Morton settled in for some training toward the 185.6km race on a circuit featuring the climb of Mount Buninyong Road. He lined up his wife to help out in the feed zone and pinned on number 27 to race the Australian Road Championships without any teammates and in a field packed with returning WorldTour professionals.

“I prepared well enough, but I haven’t done a road race in ten months or so, so I wasn’t sure how it would go and it more or less went how I thought it might if I’m honest,” Morton said with a chuckle, as he stood on the sideline of the course while the remaining members of the field were still out in the heat speeding through the final laps of the race for the Australian title.

It was a DNF for Morton, who is now more accustomed to far longer distances hadn’t been there to sit quietly in the field and make up numbers just so he could finish, rolling the dice as part of a gutsy early move instead.

Morton went out with a 17 rider group in the second lap of the race, held in temperatures around 30°C but feeling warmer with the extra bite of afternoon sun. He could often be seen at the front driving the pace and it was clear that this move working was his plan A, and perhaps B and C as well.

“I figured if I came here, like, I might as well,” said Morton of his decision to go out in the break and try and keep pushing it along. “The only chance I would have to be at the front of this race was to be in front of the strong guys, so I put myself in that position and if I had the legs, I could just go.”

The group, however wasn’t working as well together as Morton had hoped and the gap wasn’t big enough, which is why at more than 120km to go Morton went out on his own.

“I figured if I went, either someone will come across or…