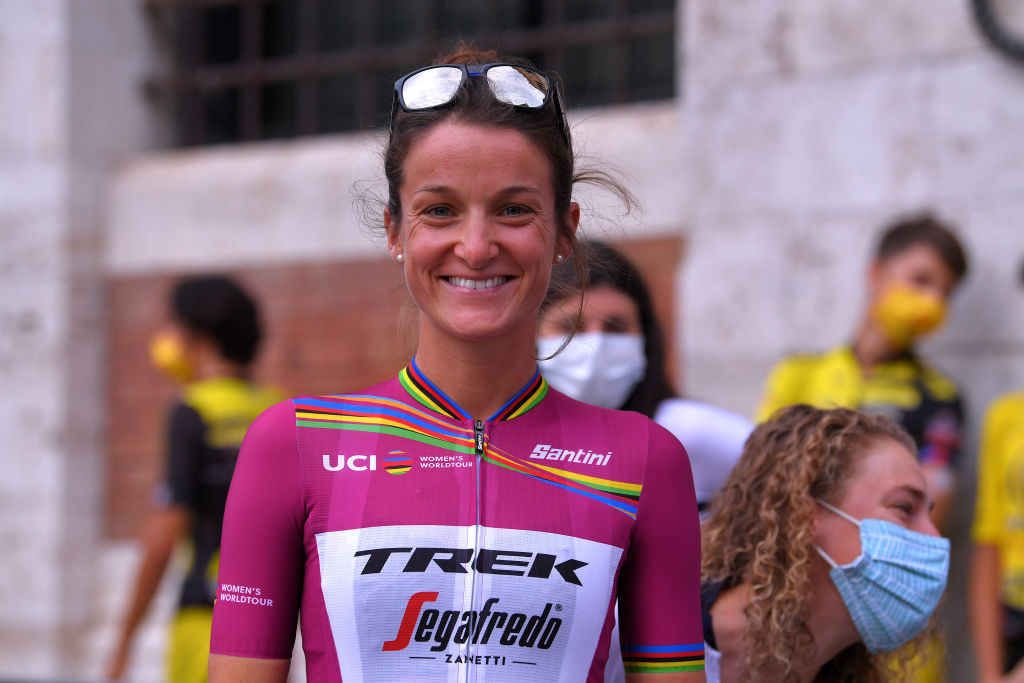 Lizzie Deignan has revealed that she hopes to return to racing in May after giving birth to her second child in late September.

The former world champion is already back training, fitting endurance rides with breastfeeding newly-born Shea and looking after her young family. She appears determined to make another successful comeback and be a role model for other women who may want to combine motherhood with cycling.

Deignan took time out in 2018 to give birth to her first daughter, Orla, and then returned to racing with Trek-Segafredo and won the Women’s Tour in 2019, Liège-Bastogne-Liège in 2020 and the first edition of Paris-Roubaix Femmes in 2021.  She has also extended her contract with Trek-Segafredo through the end of 2024.

Deignan revealed her plans to return to racing in the spring of 2023 when answering questions on Instagram.

Asked if she would be back in time for Paris-Roubaix, she replied: “Conservative plan is to start racing in May so no Roubaix next year… but you never know April is a few months off.”

Deignan turns 34 on December 18 this year and appears determined to race successfully again after extending with Trek-Segafredo.

“This team has always seen the bigger picture and they have never underestimated me. I came back from maternity leave and I won, and with the support of this team I know I will again,” she wrote on Instagram at the start of the year.

“I am one of the best bike riders in the world, so why would I retire? I love my job and I want a family. I hope in the future more women in our sport feel empowered to do the same.”

She admitted that recovery from the second pregnancy had taken longer than her first due to doing less fitness work during pregnancy and fighting COVID-19 in her family, but her partner and coach Philip Deignan is already having to hold back as she works on her base fitness.

“I felt a glimpse of myself as a professional cyclist again today,” Deginan wrote on Instagram a few weeks ago.

“There is a massive amount of work to be done but for the first time today I thought ‘I can do this’.”