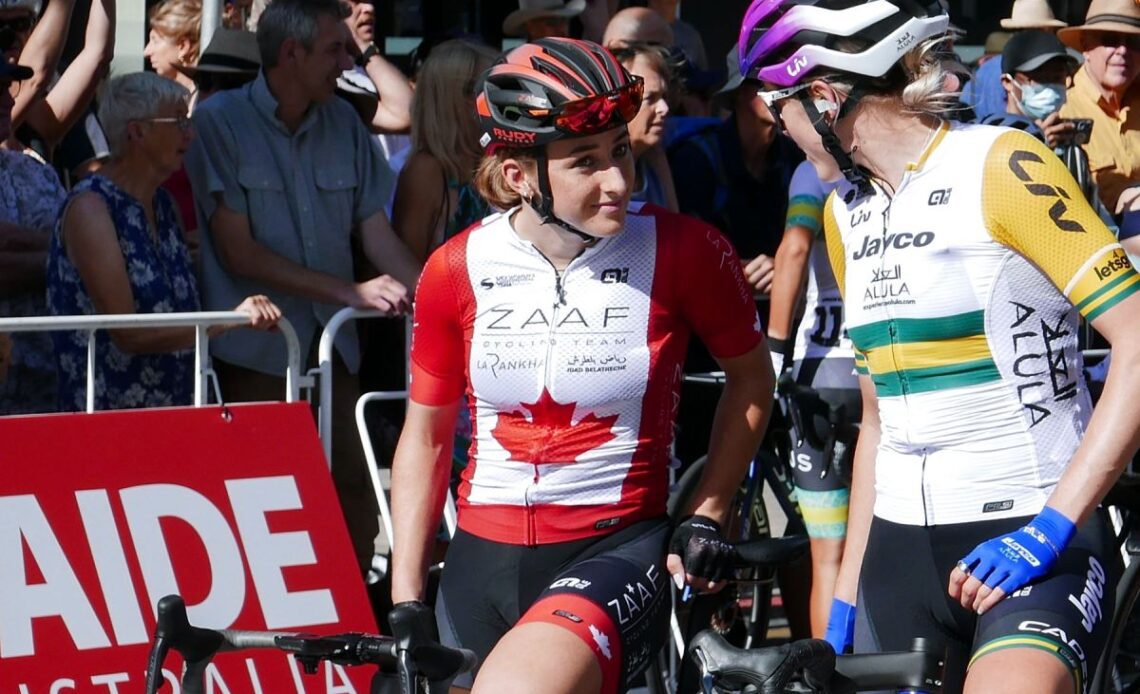 Maggie Coles-Lyster‘s season nearly unravelled at the seams when she learned that B&B Hotels had unexpectedly collapsed last December. She signed a pre-contract with B&B Hotels to mark her comeback to European racing after spending three years dominating in North America and was left scrambling to find a new team in the eleventh hour.

In an interview with Cyclingnews, the Canadian champion said that it was the hard work of her agent, retired Australian pro cyclist Annette Edmondson, who finally found her a new home with the Spanish outfit Zaaf Cycling Team in 2023.

“I was signed and was ready to race on another team for this year, B&B Hotels, and that plan all kind of went up in flames,” Coles-Lyster told Cyclingnews in a phone interview while travelling to the start of the Women’s Tour Down Under.

“On December 7, I woke up without a contract and no team, and I had already committed to moving over to Europe. I wanted to race on the European circuit again and try to get in some WorldTour races this year. Zaaf took me on, and I feel lucky to have found a home after the extremely stressful couple of months. That was my experience with [B&B Hotels].”

The now-collapsed women’s team was supposed to grow from the B&B Hotels-KTM squad run by brothers Jérôme and Sébastian Pinea. It had signed headline riders Olympic Champion Anna Kiesenhofer, Audrey Cordon-Ragot, Chloe Hosking and Coles-Lyster, while Mark Cavendish was heavily linked with a move to the men’s team before it fell apart in December 2022.

Zaaf stepped in to hire some of the riders left without a contract, such as Coles-Lyster and Cordon-Ragot, but other riders haven’t been so fortunate, for example, Hosking is now facing the prospect of retirement.

“We did have a pre-contract signed, and then it was like, one day the team was happening, one day it wasn’t, one day it was, until what eventually happened, and there was no team. All of us who were supposed to race with them were left scrambling to find another ride,” Coles-Lyster said.

“All of us who were supposed to be with them had a very similar experience. We were all very much in it together, and we were expected to have a team, and then ended up teamless. So, Zaaf…