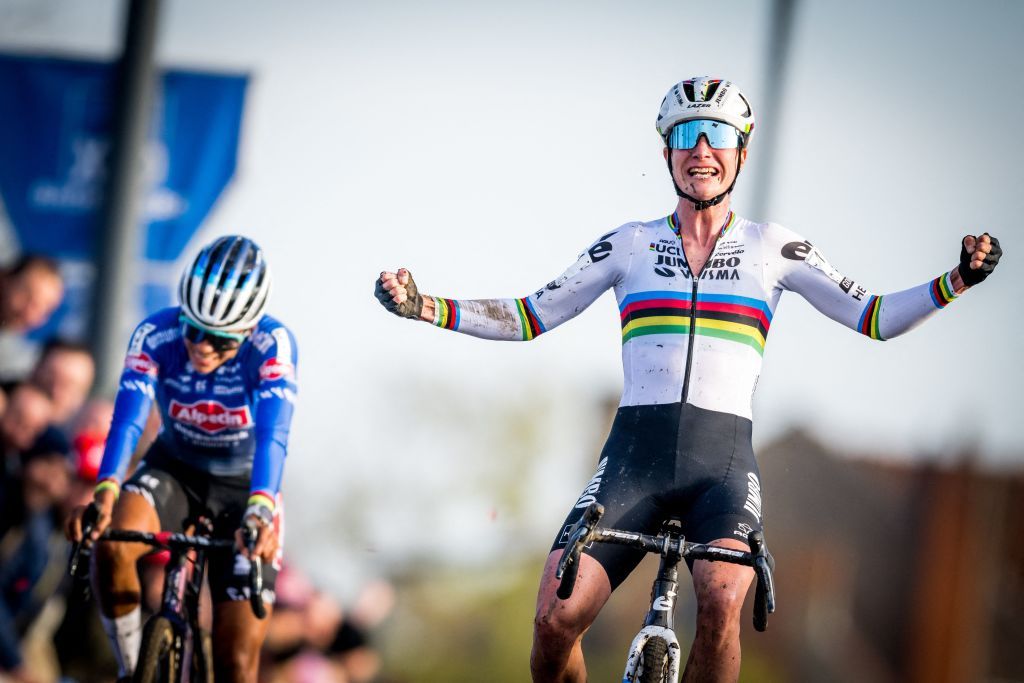 Marianne Vos will embark on her 18th season in the peloton, and with the progress of women’s cycling and the growth of the Women’s WorldTour, she said there is a lot to look forward to in 2023.

Vos is currently training at altitude in Tenerife, but she spoke to an audience via a video interview at the Jumbo-Visma presentation on Thursday. Her focus is currently on the upcoming cyclocross races, but when the season shifts into road racing, Vos said she was looking forward to the Spring Classics and any of the new races on the calendar.

“There are always things to work toward [in the new year]. There are some beautiful new races on the calendar. Last year, there was the Tour de France, but the sport of women’s cycling is growing so fast that every year you need to step up. As a team, we need to be there and be competitive,” Vos said of her ambitions for the 2023 season.

“First of all, it’s the cyclocross season around the corner, but then we have some great Spring Classics that I am looking forward to. Now we have the three Grand Tours throughout the year and a lot to work toward. Most of all, I’m looking forward to racing with the team and going out there and having fun together and trying to go for the victory.”

“I’m in Tenerife at an altitude camp now. It was quite a hard and intense training today but to my satisfaction, and so I’m happy to have made it in time for the team presentation as well,” Vos said.

“I’m obviously in the middle of the cyclocross season and working toward my next goals. My first races back will be Koksijde and then Zonhoven, and then working toward the Dutch and World Championships, both in the Netherlands – two beautiful and big races coming up.”

Vos had another remarkable season with Jumbo-Visma, securing an eighth cyclocross world title, four stage wins at the Tour of Scandinavia, and two stage wins at the Giro d’Italia Donne. She also won two stages at the Tour de France Femmes, where she led the race wearing the yellow jersey for five of the eight days and won the green jersey.

“In such a year, it is difficult to pick a [favourite]…