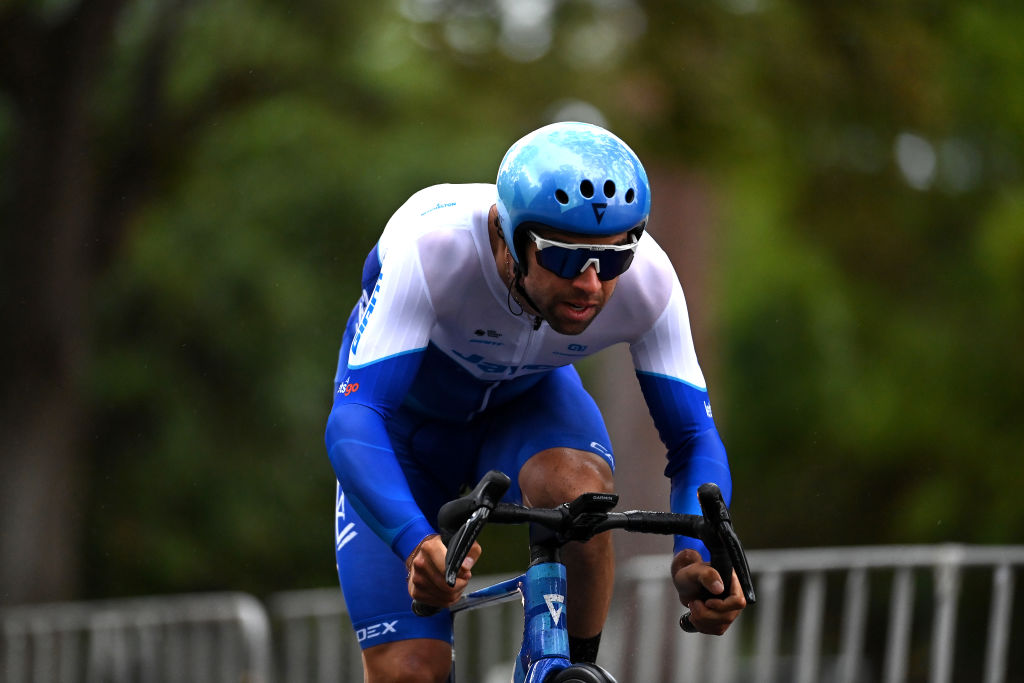 Michael Matthews began his return to the Tour Down Under with a strong ride in Tuesday’s rain-soaked prologue, racing to 10th place in Adelaide to lead Jayco-AlUla’s two-pronged attack into the week.

Matthews, who hails from Canberra, hasn’t taken part in his home race since the 2014 season but showed he meant business from the off, recording the strongest time in over an hour when he took on the wet 5.5km course.

His time saw him end up 14 seconds down on stage winner and race leader Alberto Bettiol (EF Education-EasyPost), who had raced in the dry early on, though there’s a sense that he might’ve gone even faster had he set out later on when a host of favourites raced on drying roads.

“I mean it just feels like the Tour de France last year all over again,” Matthews said after the race, referring to the rainy Copenhagen time trial in July.

“I think it was also a really good course for me at the TT at the start in Copenhagen last year, and now again it’s in the wet in the next opportunity that suits me.

“So, yeah, it’s a bit unlucky. But I think I showed again that the form is there. So, I’m looking forward to a good week now.”

Matthews was one of only two men – along with Trek-Segafredo’s Marc Brustenga – to record a speed above 50kph in the mid-part of the prologue when the roads were at their wettest.

It was a quality ride that showed the versatile sprinter’s bike handling ability as he blitzed the course at a time when scores of others were riding cautiously or even sliding out on some corners.

“I think I used my bike skills that I’ve learnt over my lifetime to save myself a couple of times,” Matthews said. “But in the end, if you want to try and take time out of the real climbers, this was the time to do it.

“It’s all calculated risks, isn’t it? I mean, we obviously did the course recon and even in the dry you could see where corners would be tricky if they were wet. Other guys probably didn’t calculate their risks as well, unfortunately for them.

“If you want to win it, you’ve got to go all in. They obviously did and unfortunately, they ended up on the ground.”

Matthews heads up the new-look Jayco-AlUla squad at the team’s home race along with GC man Simon Yates, who went out with the roads at their wettest and came home in 38th, 26 seconds down on Bettiol.

It was a good result for the Briton considering the circumstances. Now he and Matthews will look to take the fight to the leader, second-placed Magnus Sheffield (Ineos Grenadiers) and the rest.