Heavily modified road bikes take over Tour Down Under prologue 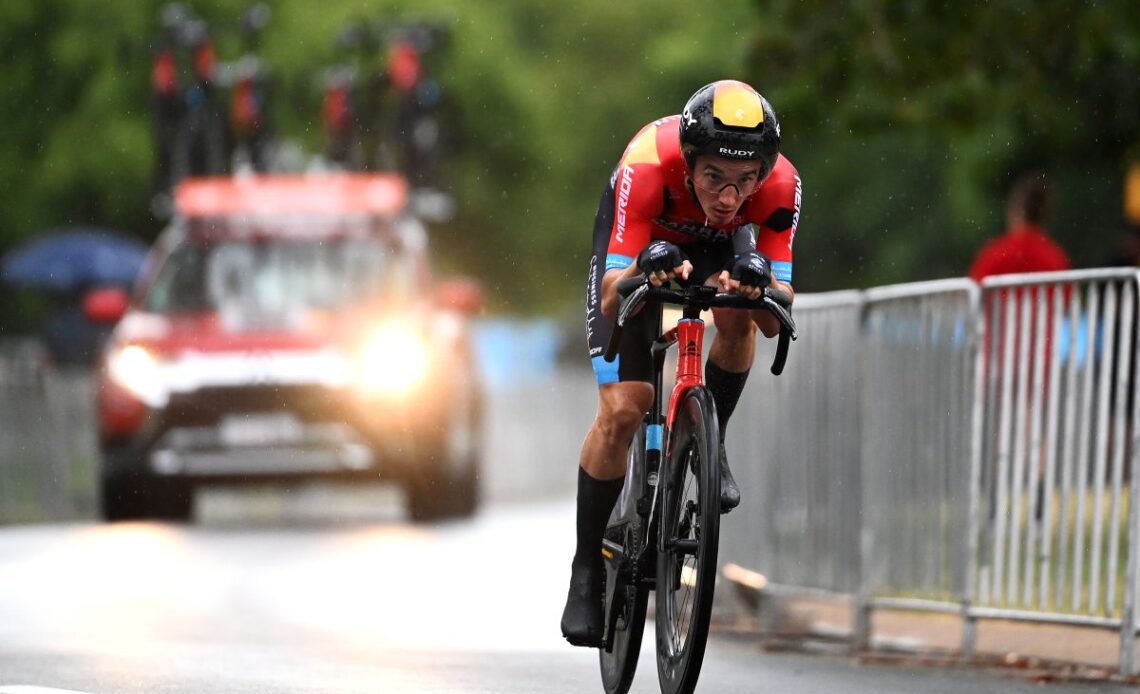 The Tour Down Under got underway today with a prologue, marking the start of the 2023 WorldTour season.

However, far from a typical prologue, the Adelaide-based 5.5km sprint was awash with highly-modified road bikes to take advantage of the race’s unique ban on time trial bikes.

Due to the logistical difficulty of getting time trial bikes to Australia alongside the team’s fleet of road bikes, the race organisers, UCI, and teams agreed that the stage would be contested on standard road bikes.

Time trial bikes and aerobars of any kind were not permitted, but importantly, disc wheels, trispokes, and aero helmets were. The result was a mechanical masterclass in aero-optimisation from riders and their team mechanics.

Many bikes were given time trial wheelsets, shifters were turned in, time trial helmets were almost ubiquitous, skinsuits were used by all but a select few, and aero overshoes were a regular sight.

The eventual winner Alberto Bettiol, who recorded a time of 6:19, ticked many of the aero boxes.

Bettiol left very few stones unturned in the pursuit of aero performance. He’s removed his bottles from his bike, fitted a disc time trial wheel from Vision and what looks like an 80mm deep front time trial wheel.

Luke Plapp also took the turned-in hoods approach, alongside various other aero optimisations. However, interestingly, the newly-crowned Australian road champion has double-wrapped the tops of his bars to offer a little extra padding when riding in the ‘puppy paws’ position, which was permitted for the race thanks to a loophole.

Like the rest of the Ineos Grenadiers team, Plapp’s bike was running a Princeton Carbonworks time trial wheelset worth USD $5700. The wheelset can be seen here – albeit slightly blurred through movement – on the bike of young Briton Leo Hayter.