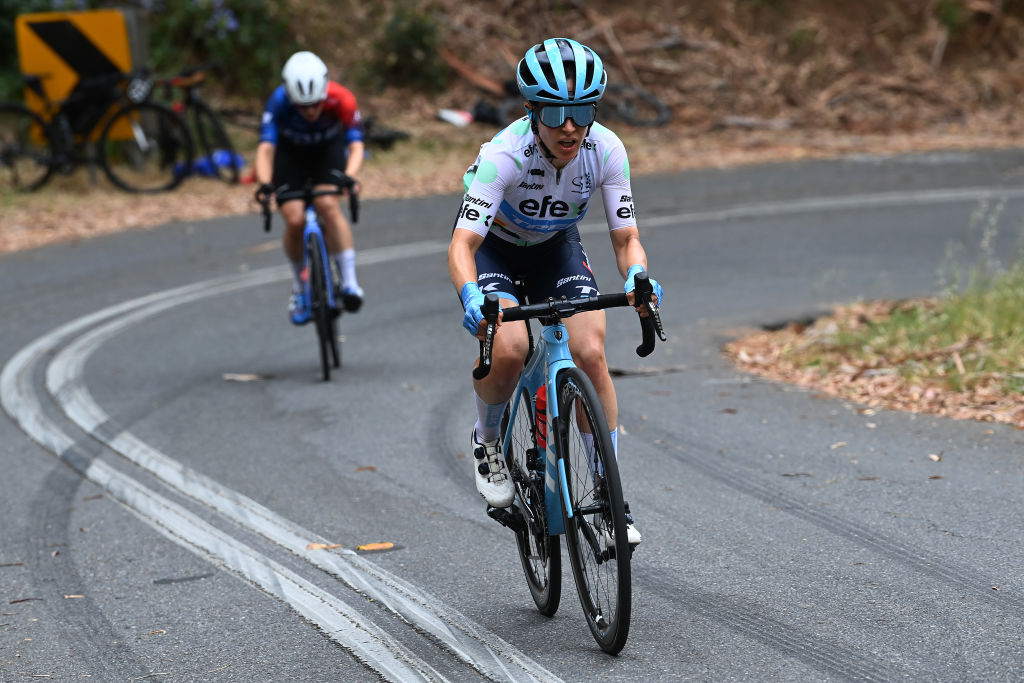 After her attack on Mount Lofty on stage 2 of the Women’s Tour Down Under that was reeled in just 500 metres from the line, everybody expected Amanda Spratt (Trek-Segafredo) to try again on the Corkscrew in the final of stage 3.

The 35-year-old delivered, succeeding with her move despite having the other favourites watching her and going solo on the steep climb. Unfortunately for Spratt, she was up against Grace Brown (FDJ-SUEZ) in top form who closed a 20-second gap in the descent and won the sprint, leaving Spratt with second on the stage and in the race overall.

“They keep making these finish lines about one kilometre further than I want,” Spratt could joke about the result after the race.

“But that’s how it is. My team rode perfectly, we had a plan, I knew where I wanted to go on the Corkscrew, and my team set me up so well once again. I attacked where I wanted to, and I knew I needed a good gap on Grace.

“It’s never nice when you hear that Grace is the one chasing you. I knew her strength would be that downhill and the flat until the finish, I gave everything I had, I didn’t finish with anything left, I have no regrets really. I’m just so pleased and thankful to my team for supporting me here,” she told reporters.

“I do feel like I’m back, it feels great to be able to inflict the pain on the climbs, I must admit, and I’m really looking forward to a great year ahead,” Spratt continued.

Her 2022 season was greatly affected by recovery from iliac artery endofibrosis. She was diagnosed in August 2021 and had an operation in October, only returning to a full training schedule in December, and she was never at her best the following year.

“It was a really serious operation, more serious than what I probably gave it credit for, really,” the Australian climber pointed out the seriousness of her injury. “In the end, the whole of last season was rebuilding, I never really got my form back. Signing with Trek-Segafredo was a huge boost, joining one of the best teams in the world, and that filled me with a lot of motivation. It’s been really nice to be at home for a long period of time, get a nice long solid preparation in and then come back racing,” said Spratt.

“I really have to give credit to my previous team, GreenEdge Cycling, they were absolutely amazing, supporting me through that whole period, the doctors especially, making sure I got the best medical care,” she gave thanks to her previous team where she had raced…