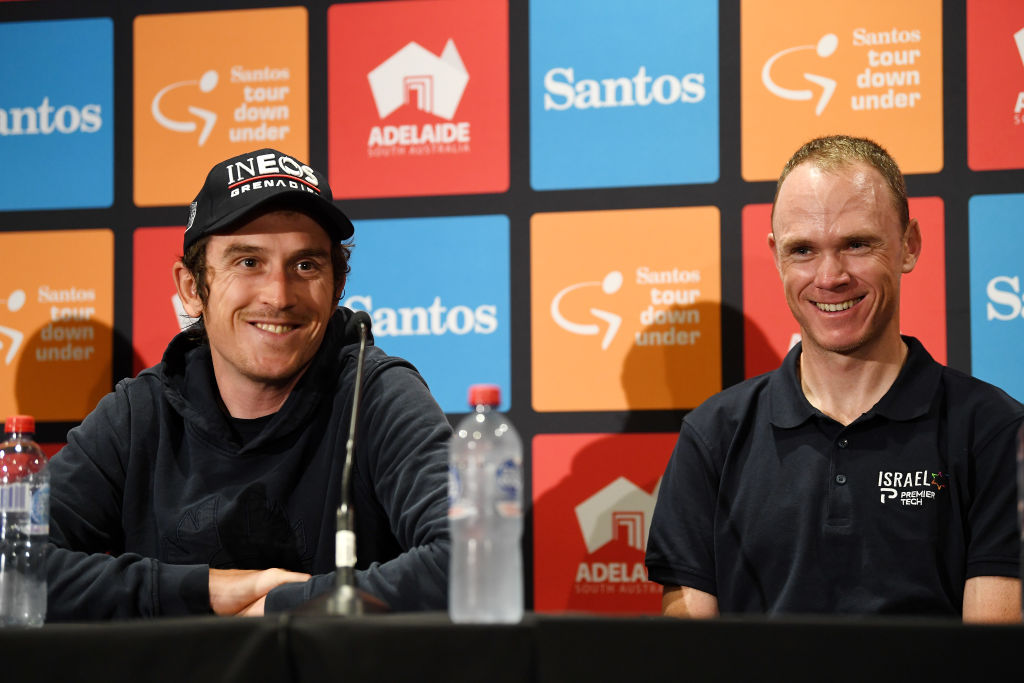 Chris Froome begins his 2023 season at the Tour Down Under in Australia with no thought of retirement despite starting his 16th season as a professional rider and with his 38th birthday coming up on May 20th.

Froome has struggled to return to the form that saw him win the Tour de France four times following his terrible crash at the 2019 Critérium du Dauphiné. Yet he refused to let his multiple fractures and the need for long rehabilitation to deter him.

When Froome joined Israel-Premier Tech in 2021, details on the length of his contract were not revealed but team owner Sylvan Adams suggested Froome would end his career with the team.

Adams has said Froome has a rolling contract, while Cyclingnews understands Froome inked a five-year deal, that will run until the end of 2025 when Froome will be more than 40.

While former teammate and friend Richie Porte is enjoying his retirement and Thibaut Pinot has announced he will retire at the end of 2023 aged just 33, Froome wants to race on, whatever results may come.

“I feel I’ve been given a second chance. I’ve been given an opportunity to come back to bike racing and the sport I love. Had the crash marked the end of my career, I’d have felt I still had more to give,” he said on the eve of the Tour Down Under.

“Even though I’m not at the front end of races now, I’m still getting a lot of pleasure doing my job and being part of the Israel-Premier Tech team. It’s as if I’ve rewound 15 years and that I’m looking to get to the top level. It’s a fresh approach for me and hoping to do it for a few more years.”

Froome has a Benjamin Button look to him or at least does not appear aged despite his long years in the saddle. He still seems to enjoy every aspect of being a high-profile professional athlete.

He is convinced it is thanks to the hard work he did to complete his rehabilitation and the way he looks after himself now.

“I think it’s a lot to do with how athletes are taking care of themselves these days. In terms of professionalism, diets, knowing more about our bodies and basically being able to look after ourselves longer, I think this allows cyclists to go further into their forties than previously.”

Froome has again opted to migrate from the cold of the…