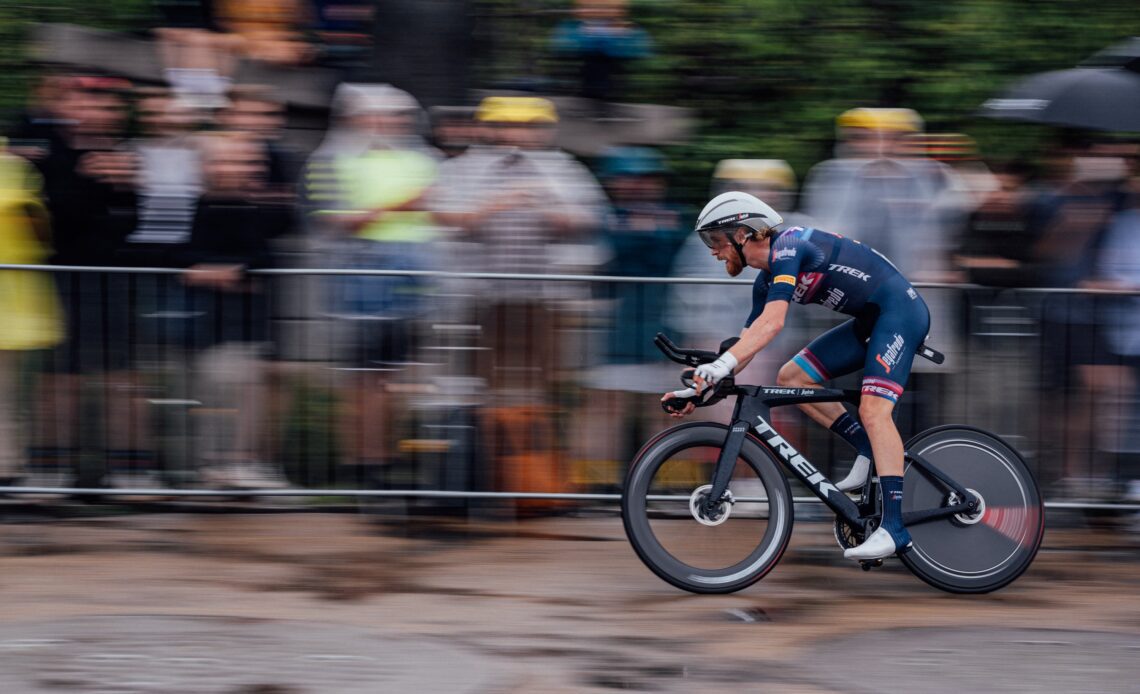 Quinn Simmons has a dream. And his Trek-Segafredo team don’t yet know about it.

“I’d like to do it more and it’s in the Olympics now so… I’ve thought about it. I think there’s a way to do it in 2026,” the American is talking about ski mountaineering – or SkiMo, for short – a winter sport where skiers attach ‘skins’ underneath their skis and hike up a slope before skiing back down.

Before he became a cyclist, Simmons finished third in the Junior SkiMo World Championships sprint race in Italy in 2017. The sport, as he says, will make its Olympic debut in the Italian town of Cortina d’Ampezzo in 2026 – and Simmons wants to be there.

“Hypothetically, if maybe I did a Giro-Tour double, got a lot of racing in early, took a break after the Tour de France in 2025, and then started running and training for the skis, I’d then have time for qualification [races] for the Olympics.” he tells Rouleur at his team’s winter training camp in Calpe. “It’s the first time in the Olympics and it would be quite special. It’s something I think I could do and I think I would make the selection.

“I think it could be a good story and my cycling wouldn’t be sacrificed due to five months of skiing. Let’s say I get a spot on the bike at the Olympics in Paris 2024 and then 2026 on the skis – that’s a pretty good objective. Maybe my boss Luca [Guercilena] hears about this and says ‘no, no’ and puts an end to it, but I think if I could do it in a way that Trek would be happy, I would really like to try and go.”

Make no mistake, Simmons, whose father Scott went to four SkiMo World Championships, is deadly serious. Skiing is his first love. “If it was more developed and you could be a SkiMo racer and it could be a genuine career choice, I think it would be cool for me to pursue,” he goes on, “but when I was racing it was pretty obvious it was not. It’s hard because no one is really making any real salary out of it, so a lot of the top guys really have to work and do other things.”

Simmons during stage one of the 2022 Tour de France (Image by Zac Williams/SWPix.com)

If Simmons, supported by his cycling wage, committed to the project, he would have the time, resources and finance to find his skiing legs to be competitive. “It’s been a while since I raced [SkiMo] but I would have the freedom that I could go in 100% on the training,” he adds. “I know that when it comes to the descent I am at the…