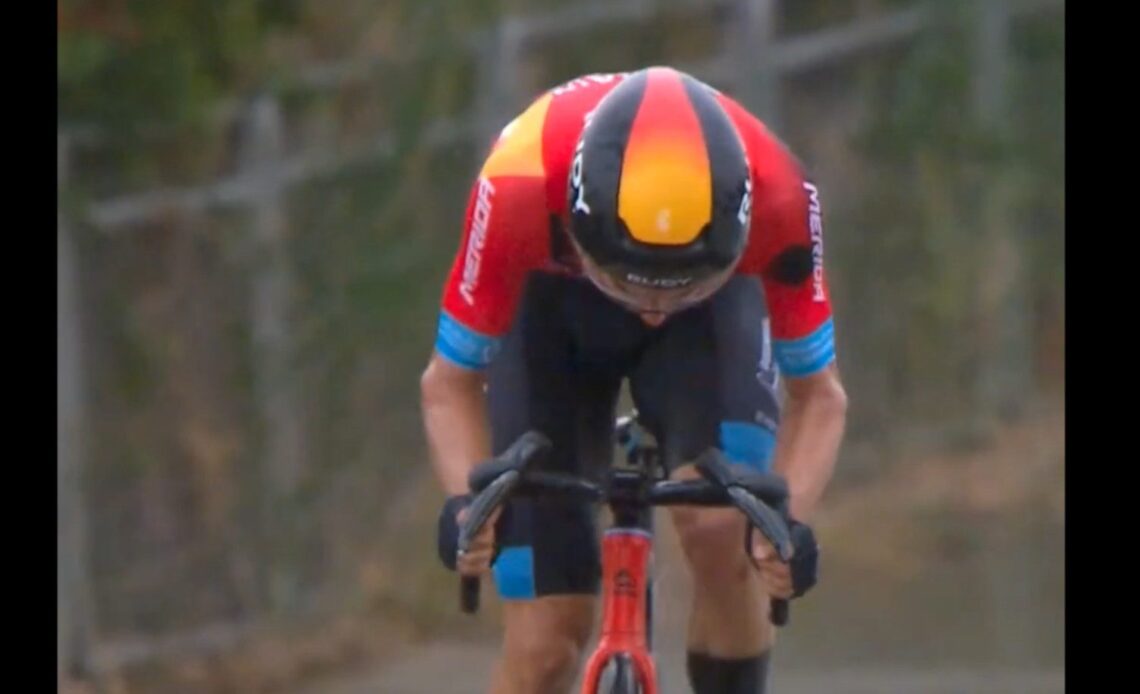 EF Education-Easypost’s Alberto Bettiol took the prologue of the Tour Down Under on Tuesday, but it was not without drama. Given the travel logistics of teams bringing time trial bikes for their team to Australia, the organizers said that they would not be permitted for the opening test. Riders were welcome to use deep dish or tri-spoke wheels along with rear disc wheels, but no aero bars or time trial rigs were allowed. They could also use their aero helmets.

Allberto was one of the first cyclists on the course. According to his team. He had ridden the course earlier in the day and knew if it was wet, it would be hairy.

Will the dropper post become an essential component for pro roadies?

“The plan was to go full, to go flat out,” the Italian said after the race. “I especially learned the best way to take the corners, how to approach the corners because sometimes in six-and-a-half minutes, it’s more important to do a corner in the right way than anything else. I did the loop many times and I learned the corners really well.”

Bahrain Victorious’s Pello Bilbao was hopeful for a good ride in the prologue and had his Bahrain Victorious mechanics modify his bike accordingly. They took his brake levers and pointed them inward, along with pointing the handlebars upward slightly. The idea being that it could mimic an aero bar. Trying new things nothing new for Bahrain Victorious. Remember this is the same team that installed a dropper post on Matej Mohorič’s rig which helped him win Milan-Sanremo.

Unfortunately for Bilbao, he started later and would be caught in the downpour, and would only finish 25th. But check out his wild position below..