Peter Sagan: Wout van Aert disappointed me as a person at the Tour 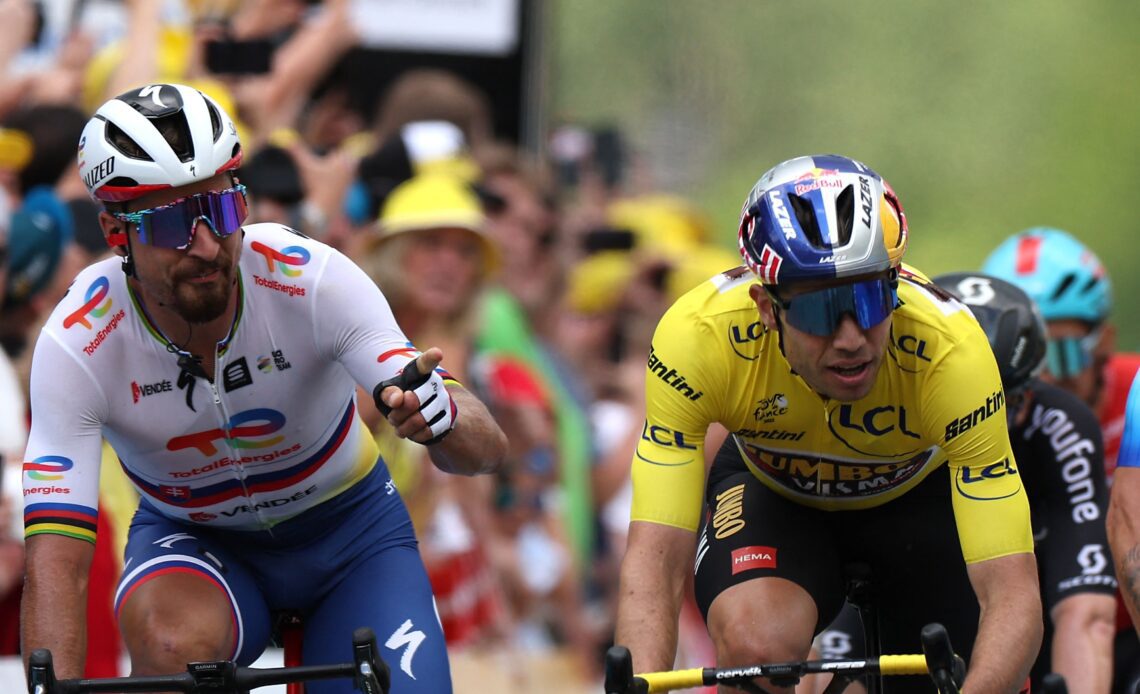 Peter Sagan has said that Wout van Aert had disappointed him “as a person” following theirs print clashes on the Tour de France.

The three-time world champion felt he was unfairly impeded by Van Aert in the bunch sprint at Sønderborg on stage 3 of this year’s Tour, raising an arm in protest and then pointing his finger as he crossed the line in third place behind winner Dylan Groenewegen.

The pair had previously clashed on the 2020 Tour, when Sagan was relegated for his sprint on stage 11 and Van Aert expressed his anger by raising his middle finger at the Slovakian.

In an interview in Thursday’s edition of La Gazzetta dello Sport (opens in new tab), Sagan confirmed that his rapport with Van Aert remains frosty.

“He’s a great champion. But he insulted me at the Tour, and he hasn’t apologised yet,” Sagan said of Van Aert.

“In this, he disappointed me as a person. I’m waiting for him to come to me, I won’t go to him. And I think he himself understands why.”

Illness – including a third COVID-19 diagnosis just before the Tour de France – meant that Sagan endured a complicated debut season at TotalEnergies in 2022, but his stage win at the Tour de Suisse in June meant that he maintained his sequence of being the only rider to record at least one WorldTour victory in every season since 2010.

“I turned pro in 2010, and my first race was the Tour Down Under in Australia. And when I managed to get placings there, I said to myself, ‘Hey, I can win too.’ And I started to do it,” Sagan said.

“I said to myself, ‘I just need to win a race, one race, every year. I don’t need more than that.’ And I still think that way.”

Sagan confirmed that he will start his 2023 season in January at the Vuelta a San Juan, with the Argentinian race returning to the calendar for the first time since 2020.

He will then continue his build-up to the Classics with a training camp in Colombia.

Asked if he could still compete the biggest races, Sagan said: “I don’t like this question. I’m doing my best, like always, to be ready to fight at the highest level. If I didn’t believe in it, I…