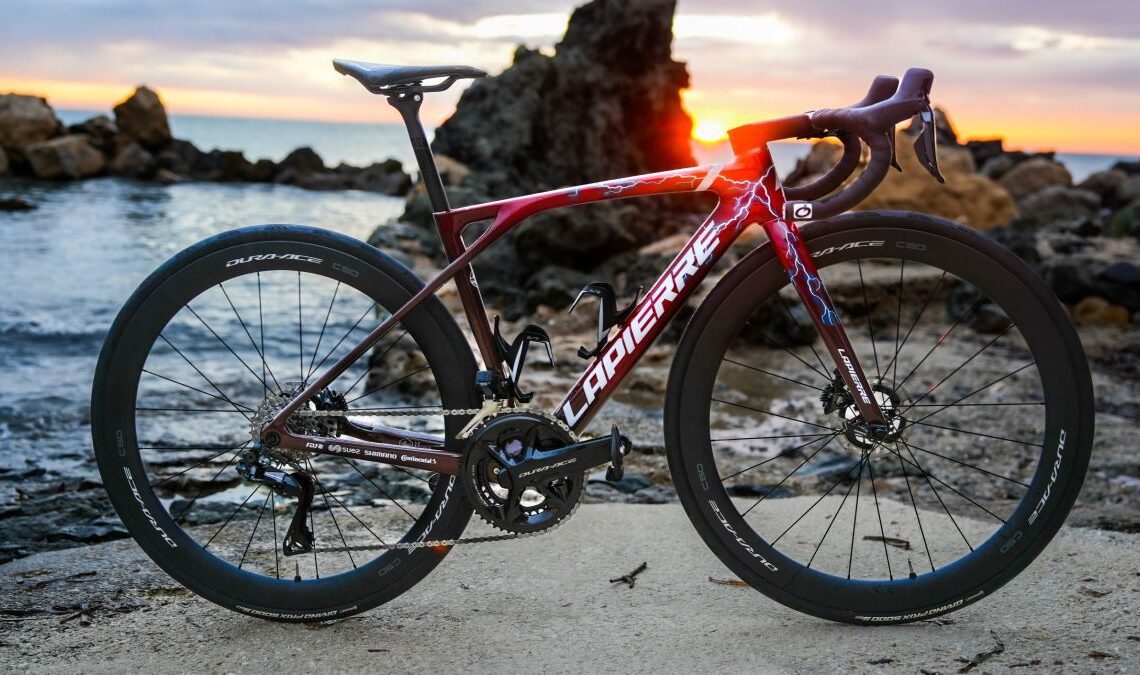 Being a pro means you get all the fancy kit, but there are levels to it. If you’re a national champion like Cecilie Uttrup Ludwig, you tend to get treated to a custom paint job to match your jersey for the season as it’s a great way for team sponsors to show off their goods.

Being a national champion makes you a member of a very select group, but the Danish star is also a member of a smaller cohort: Those who’ve beaten Marianne Vos in an uphill sprint.

While Ludwig was national champion last season, and also had a matching red Lapierre Xelius SL, for the 2023 season her bike has seen a significant upgrade to its visual package. Lightening bolts, sword motifs, and the hammer of Thor himself, presumably that Ludwig can try to drop on her rivals at the pointy end of races.

What is Cecilie Uttrup Ludwig’s bike?

Cecilie Uttrup Ludwig rides a Lapierre Xelius SL, the French brand’s nominally climbing bike, though she seems to opt for it over the more aero Aircode model throughout the season, regardless of the terrain. It’s a novel frame design compared to others in that the seatstays insert into the top tube rather than the seat tube. Lapierre claims this adds greater comfort, effectively making a longer flex zone on the seat tube.

FDJ-Suez are running a Shimano Dura-Ace Di2 setup, with matching wheels. The finishing kit is a mix of proprietary Lapierre and Prologo. The full specs sheet will give you the headlines, but we can dig out some interesting details beyond that.

Let’s not beat around the bush here, the main event is the incredible paintwork. A black to candy red fade as a base is always a strong start, but then on top of that has been airbrushed electric blue fringed white lightning bolts. It evokes the national flag of Denmark, without being explicit or dull. It’s certainly one of the more striking custom paint jobs out there this season, especially when you compare it to Remco Evenepoel’s bike, which, for a current world champion, is super…