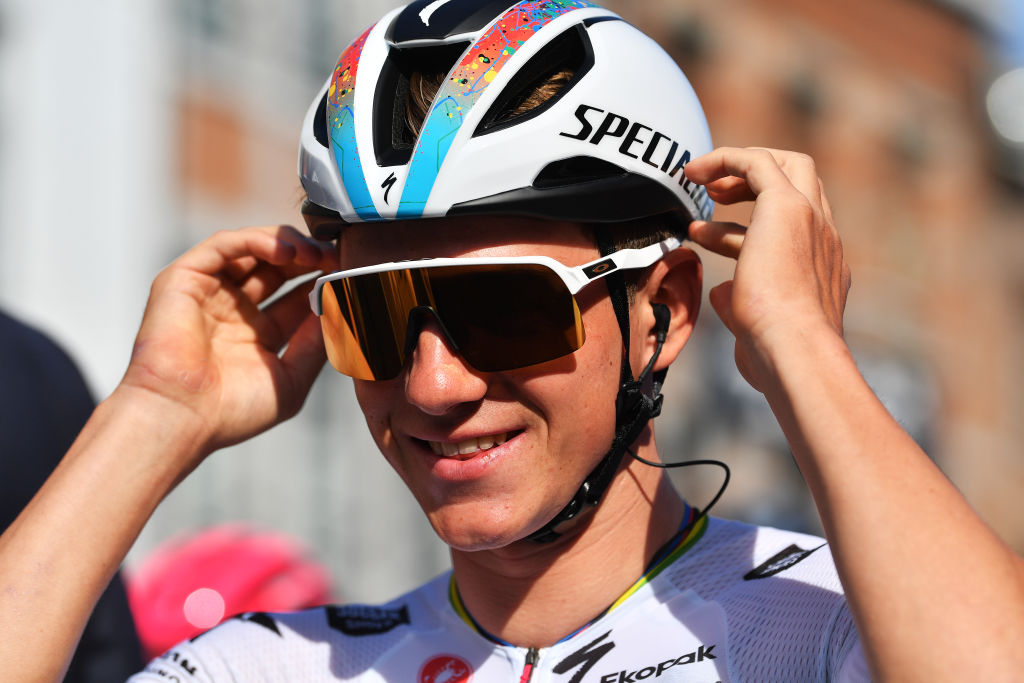 QuickStep-AlphaVinyl team manager Patrick Lefevere has indicated that Remco Evenepoel might well make his debut in the Tour de France in 2024, with the recently revealed final day time trial a factor that could favour the World Champion’s potential participation.

After intense media speculation, last week Evenepoel finally revealed he had opted for the Giro d’Italia in 2023. Given he has already done a recon of five stages of the 2023 route, there can be little doubt about the Belgian’s determination to give the Giro his best shot come next May.

But as QuickStep manager Patrick Lefevere told La Dèrniere Heure recently, the team are not ruling out Evenepoel then taking part in the Tour de France in 2024.

Without stating definitively that Evenepoel would take part, Lefevere pointed to the recently published confirmation of a final time trial in the 2024 Tour, set to start in Monaco and finish in nearby Nice, as a favourable factor for the 2022 Vuelta a España winner.

“It’s nice to see the Tour finish with a time trial,” Lefevere told the Belgian newspaper. “That can lead to some nice scenarios, we all remember Greg LeMond and Laurent Fignon in 1989 and this could be spectacular too.”

“A time trial for Remco is good. But it all depends where he’d be lying overall at that point.”

“Will Remco Evenepoel be at the 2024 Tour de France? It’s obviously too soon to say. But our plan with him has always been that he should do the Vuelta and Giro before the Tour. Given how he’s raced in the Vuelta this year, and how he’ll do the Giro next, I’ll let you draw your own conclusions about 2024.”

Evenepoel meanwhile has been busily checking out stages of the Giro d’Italia route this week, starting with the relatively straightforward stage 6, finishing in Naples, but then following that up with the much harder stage 7, which finishes on the Grand Sasso. Evenepoel has then headed north to look at the opening 18.4 kilometre time trial, set to run between Fossacesia Marina and Ortona on May 6th, the rugged finale on stage 8 at Fossombrone and the second, much longer race against the clock on stage 9, a 33 kilometre test from Savignano sul Rubicone to Cesena.