Sam Bennett ‘one big step ahead of last year’ 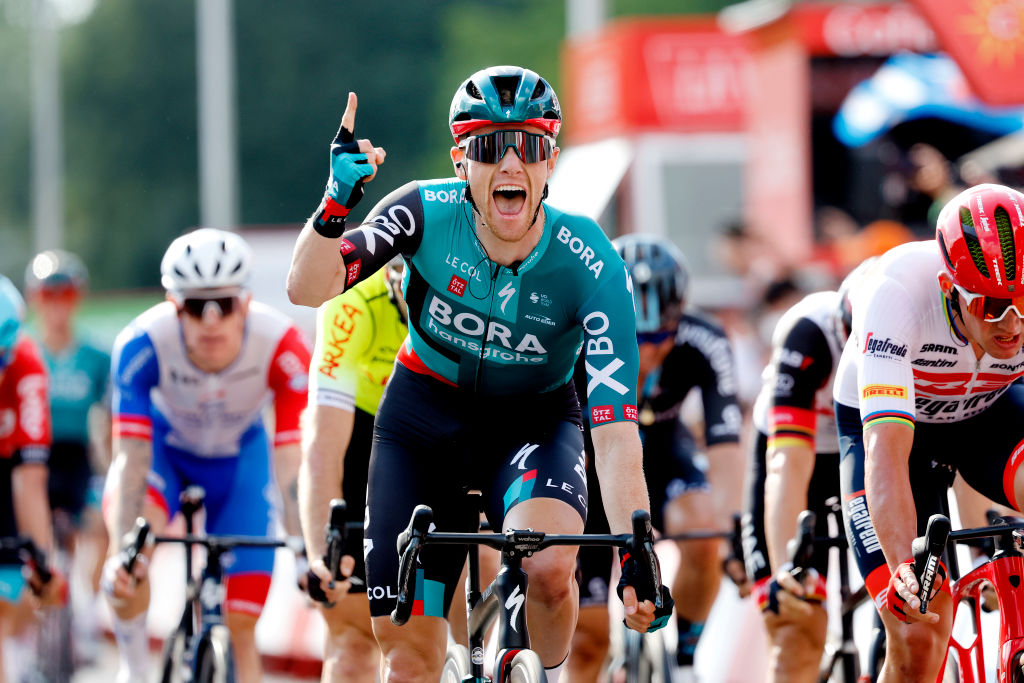 With Sam Bennett’s first race looming later this month, Bora-Hansgrohe’s Head of Performance Dan Lorang has raised hopes of a strong season by saying that the Irish sprinter is far ahead of where he was at the start of 2022.

Bennett spoke to a small number of journalists prior to Christmas and conveyed quiet confidence then, having clocked up two stage wins in the Vuelta a España to end a difficult 2022 on a high.

He said then that he believed he was in a good place heading toward the new season. Several weeks on, Lorang agrees.

“Sam is going good,” he told Cyclingnews. “He can do everything that is necessary and is doing a lot of hours at the moment. So we expect him to be fit and ready.

“Okay, in the first races you always have to get used to the rhythm again, but it seems that there is no reason to be concerned.”

Twelve months ago, Bennett was still dealing with the effects of a lingering knee issue that derailed much of his 2021 season and cost him the chance to defend his Tour de France green jersey. That injury meant he was on the back foot for much of 2022, missing out on another Tour participation.

However, with another season now about to start, Lorang said that Bennett is in a much better position than 12 months ago.

“He is now one step further. He did a whole season in 2022 and is now pain free.

“It is hard to say [exactly where he is] because the hard training still has to follow and then we will see it. But I would say he is one big step ahead of last year.”

Bennett will begin racing in the Vuelta a San Juan in Argentina on January 22. He will have several opportunities there to contest sprint finishes, and again in the UAE Tour from February 20.

“San Juan is to start and get in the rhythm,” Lorang said. “And for sure UAE is always a big goal for sprinters, and [performing there] would be good for Sam to have the confidence for the whole year.”

Bennett will certainly be fired up in that event, having won three stages in the past. Last year he placed second and third on stages despite, by his own admission, being far off his usual form.

Bennett and Lorang worked side-by-side for many years until the partnership was interrupted by the Irishman’s two-season stint with QuickStep. Bennett ultimately returned to Bora-Hansgrohe, citing the Luxembourg coach as one of the main reasons for the move back.

“My best legs were when I was working with Dan Lorang,” he said last spring. “The year I left [2019], I think I participated…