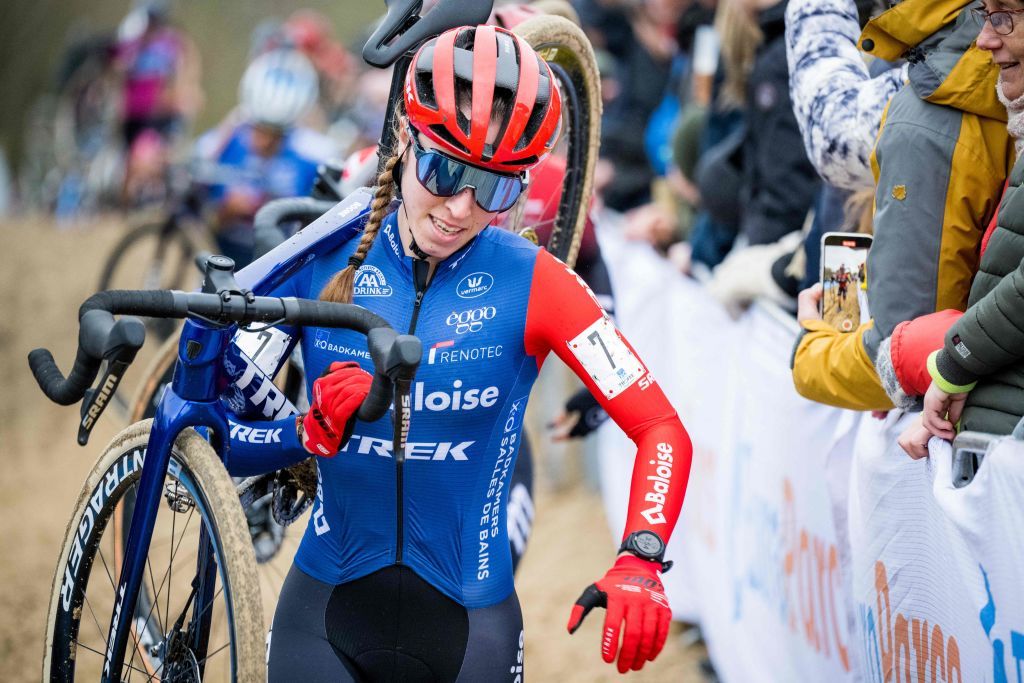 Shirin van Anrooij (Baloise Trek Lions) has reached out to the public across her social media channels for information regarding her Trek Boone with SRAM RED eTap AXS HRD cyclocross racing bike that was stolen from the parking area ahead of the Cyclocross World Cup in Benidorm.

“Today my bike was stolen from the parking at the Benidorm World Cup,” Van Anrooij wrote in a post on social media. “Please let me know if you saw it or know something.”

Van Anjooij has raced to six victories on her Trek Boone this season, including three World Cup, wins at Beekse Bergen, Gavere, and Zonhoven.

As one of the top cyclocross racers in the world, Van Anrooij will likely have multiple race bikes at her disposal and is still expected to start the Benidorm World Cup.

At the age of 20, she is one of three under-23 riders who dominate the elite races alongside World Cup series leader Fem van Empel (Jumbo-Visma) and runner-up in the series Puck Pieterse (Alpecin-Deceuninck).

Van Anrooij is currently ranked third in the World Cup as she heads into the penultimate round in Benidorm, held on Sunday in Spain.

She is also expected to be racing at the series’ final round in Besançon on January 29 in France and at the Cyclocross World Championships for the Dutch National Team held from February 4-5 in Hoogerheide, Netherlands.