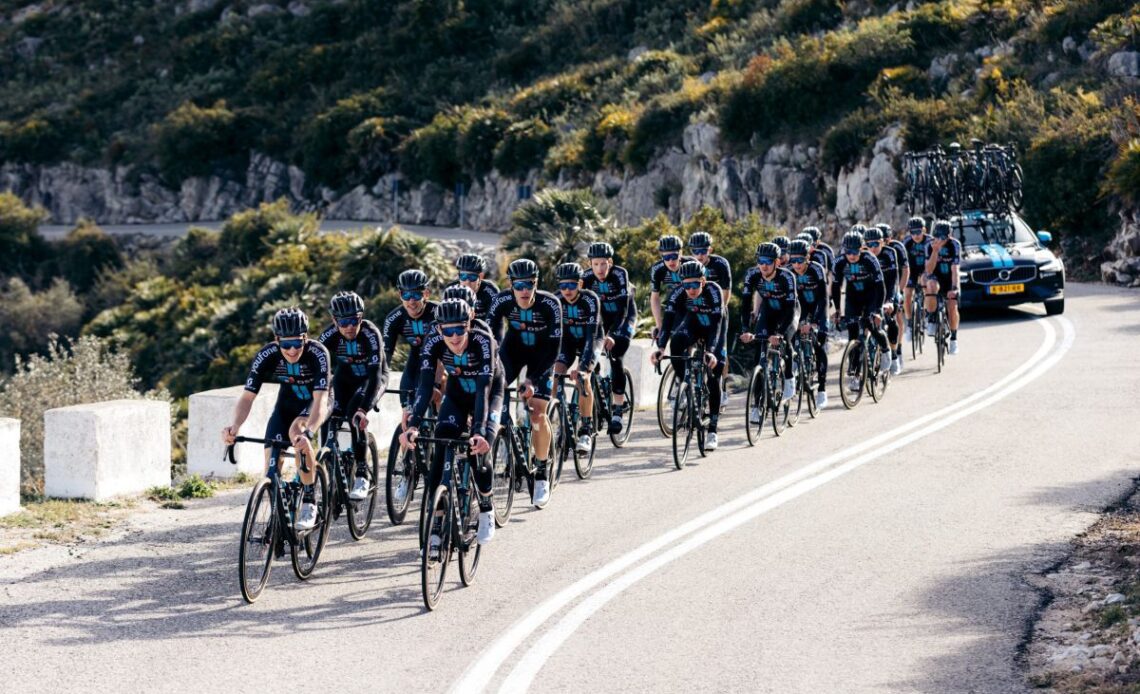 Few WorldTour teams devote the level of resources to rider development than Team DSM and few have to watch as so many of these riders leave for big-budget teams when they find success. Yet the Dutch team is staying the course in 2023 despite slipping down the UCI team rankings. Team DSM scored enough points to secure a place in the WorldTour but finished 20th in the UCI rankings in 2022 and 21st the year before.

Team DSM plans to stay the course and continue giving young riders opportunities to develop as well as relying on experienced Grand Tour racers like Romain Bardet and Classics men who have Paris-Roubaix winner John Degenkolb as a mentor.

Curvers knows the team may not be able to match the salaries of Ineos or Jumbo-Visma.

“When you look back 10 years ago, you had Team Sky which had a bigger budget than most of the other WorldTour teams. And all the 10-15 teams behind Sky were more or less the same. There was not a €5 million difference between the second and the 15th or 18th teams in the WorldTour. Now the budget difference between these teams and all the rest is big.

“We cannot change from today to tomorrow how much money we can offer everybody. When the starting point of keeping a rider is only on salary, then it’s likely that we lose him to a team from the top four or five of the WorldTour. What we should aim to do is to create an environment where a rider knows they are in an environment where they can get the best out of themselves. We try to motivate more on the sporting side and give opportunities that we can offer to riders that those big teams cannot give.”

The talent drain was evident when the UCI promotion/relegation scheme went into effect for 2023 and only the top 18 teams of 2020-2022 remained. Team DSM were 16th in the triennial rankings but barely 1,000 points ahead of Lotto-Soudal, who were relegated.