The sandy descents at Zonhoven were amazingly hairy 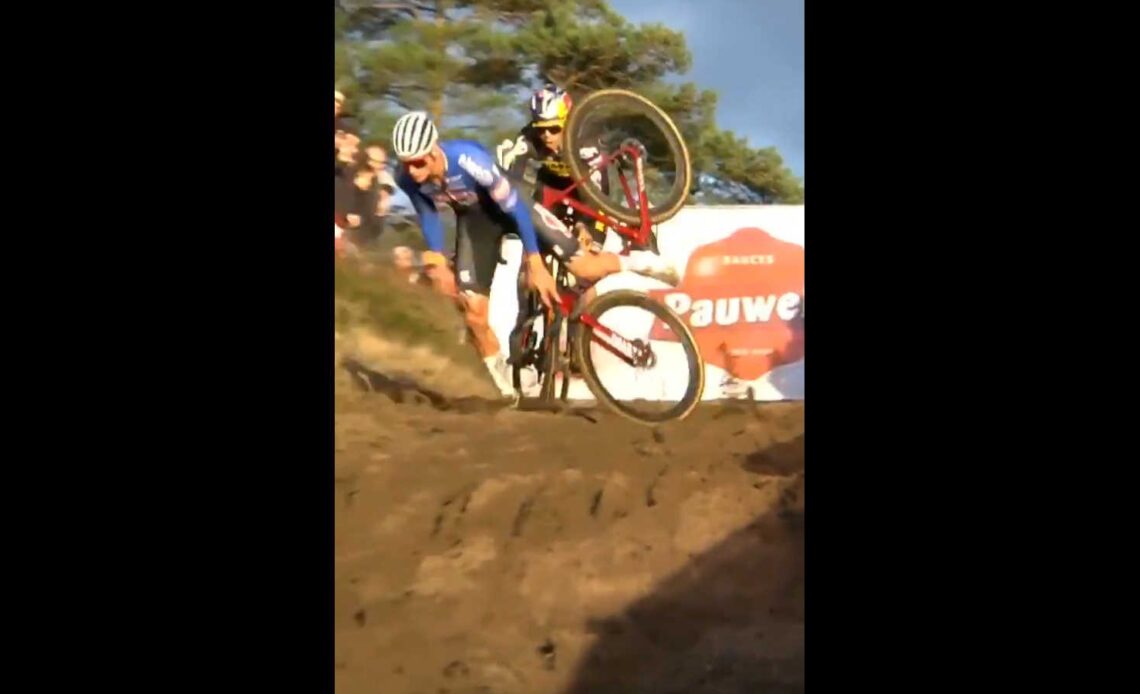 Another incredible day of ‘cross went down on Sunday at the sandy course of Zonhoven, with some amazing action. Jumbo-Visma’s Wout van Aert took a stunning win over his number one rival, Mathieu van der Poel (Alpecin-Deceuninck) In the women’s race Shirin van Anrooij (Baloise Trek Lions) took the win over Puck Pieterse (Alpecin-Deceuninck.)

In the junior women’s race Isabelle Holmgren took an amazing third on Sunday, with her sister, Ava Holmgren, coming in fourth. On the junior men’s side, Mika Comaniuk led the Canadian team in 50th, with Filipe Duarte comingin 57th. Ian Ackert had some bad luck on the first lap and had to withdraw.
Just like X2O Badkamers Trofee, in Koksijde, Belgium on Thursday, the course was full of sandy sections.

MvdP had a slip-up at one point but thankfully he was okay.

After Mathieu van der Poel took quite a spectacular fall, it was down to the superb Wout van Aert to solo to another win at the #CXWorldCup in Zonhoven

But check out the speed and drop on this very quick descent down the dunes.