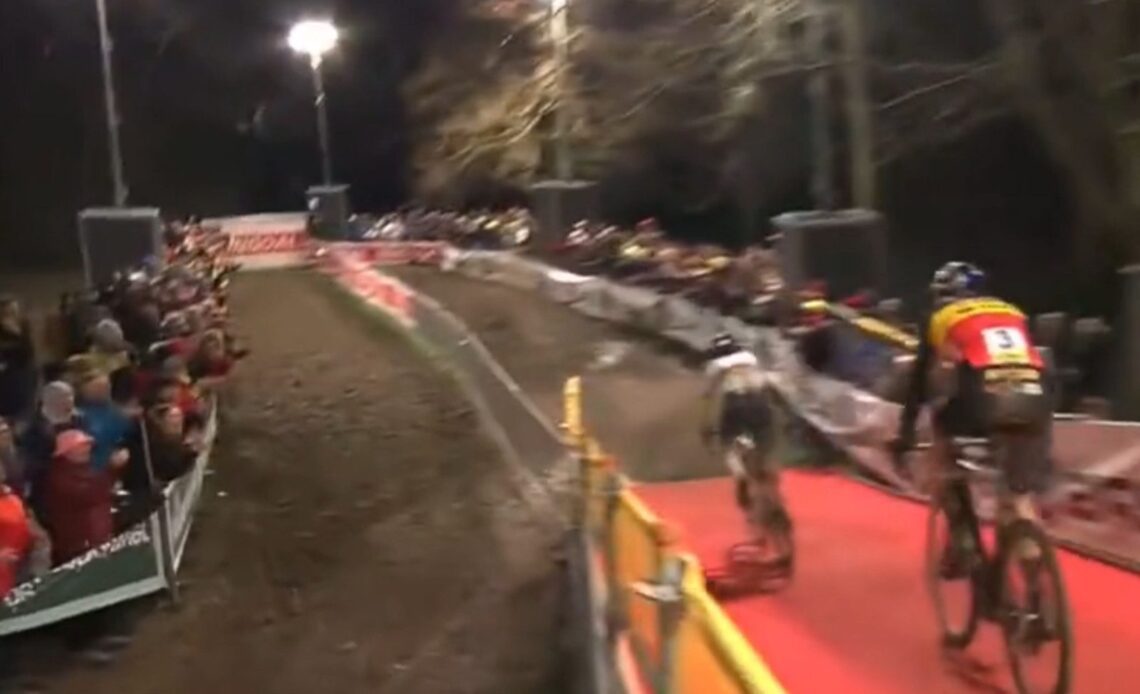 Jumbo-Visma’s Wout van Aert beat Ineos Grenadiers rider Tom Pidcock in what many are calling the best pro men’s cyclocross race in years. Mathieu van der Poel had to settle for third, but all three riders would duke it out in a stunning race.

CX fans have been treated to three days of racing in the holidays, following the World Cup in Gavere, and the Supreprestige in Heusden-Zolder. But the Superprestige on Wednesday was surely the best of all three. After a chaotic start, the Big Three would ultimately get together.

After the lead swapping hands throughout the race, it would all come down the the last lap, where the Belgian and Brit would drop MvdP.

Pidcock and van Aert knew they had to get to the final set of steps, as the finish was just after. Both riders were neck and neck, but van Aert would hit the final run-up first, after Pidcock had to get off his bike around the last corner.
The Belgian would rocket ahead and take a fabulous victory.

You have to watch the last lap, it’s just magnificent racing. Check it out below.

What an absolute belter of a last lap 😳 #CXDiegem pic.twitter.com/sLE395jFAt