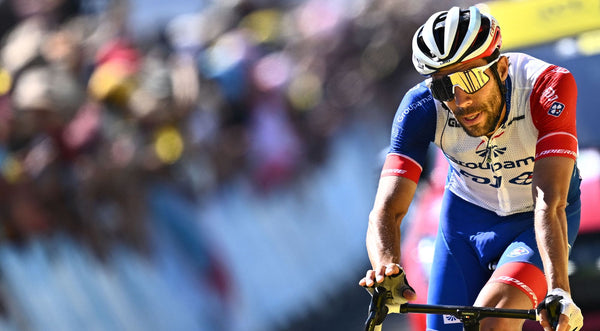 Thibaut Pinot’s absorbing career heads to its conclusion, while the rest of the class of 1990 may have seen their Tour opportunity pass by

It seems that the dream so many cycling fans in France and across the world have long harboured of one day seeing Thibaut Pinot win the Tour de France will go unfulfilled. The 32-year-old last week announced his intention to retire at the end of the 2023 season, bringing to an end a rollercoaster career of thrilling highs and heart-breaking lows in which so many have been greatly invested.

In truth, becoming France’s long-awaited anointed one to finally reclaim the yellow jersey for the home nation after so many years always seemed like a long shot, but there were enough moments of brilliance to keep the pipe dream alive. But Pinot’s real desires in life now seem to exist outside of cycling, and upon announcing his retirement he talked about his excitement at being able to focus on his other passions such as tending to the animals on his farm in Mélisey. Perhaps his fans were more invested in the yellow jersey dream than he ever was?

By no fair measure could Pinot’s career ever be described as a failure. By finishing third at the 2014 Tour he became one of the first Frenchman to make the podium in 17 years, a huge achievement in its own right, even if it was ultimately to be the highest he’d ever finish at a Grand Tour. Among his three Tour stage wins were memorable ones atop two of the most iconic mountains of all, the Col du Tourmalet and Alpe d’Huez, and other victories at the Giro d’Italia and Vuelta a España put him in the exclusive club of riders to win stages in all three Grand Tours. He won plenty of other races elsewhere, most notably the 2018 edition of Il Lombardia.

Read more: Mark Cavendish is going to Astana Qazaqstan, but is it going to work?

Yet for all these successes, his career will be remembered as much for his near-misses and disappointments. The 2019 Tour de France was the most devastating of all, in which he abandoned in floods of tears after a freak knee injury prevented him from capitalising on what was the form of his life, form so good that he looked like he might even have been able to win the yellow jersey in the upcoming Alpine stages. But there were several similar agonies over the years, from his being denied a…