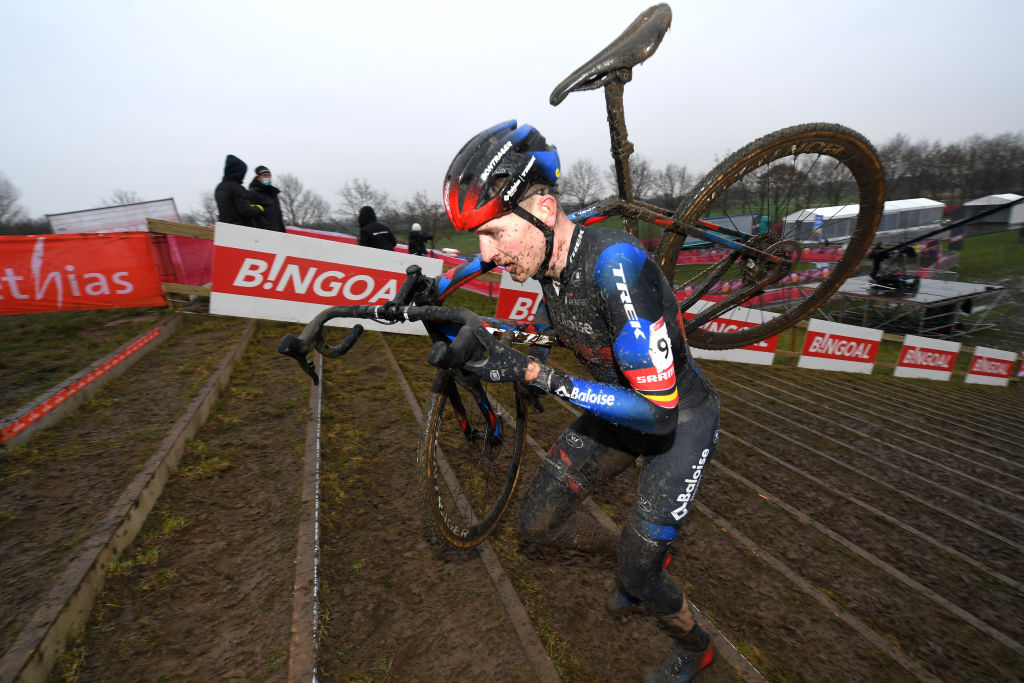 Toon Aerts and his lawyers have admitted they are looking for a needle in a haystack as they try to prove that a contaminated food supplement caused the Belgian’s positive anti-doping test for testosterone-boosting drug letrozole.

On Thursday the cyclocross rider revealed he is facing a two-year ban after the UCI offered a sentence before a final Anti-Doping Tribunal hearing. The UCI apparently recognises that Aerts did not voluntarily take letrozole, offering him a two-year ban instead of a full four-year suspension.

However, to reduce his ban even further or even avoid punishment, Aerts and his lawyers must prove the letrozole contamination.

“That’s like looking for a needle in a haystack. We feel that we’ve already analysed everything. It’s become almost impossible for an athlete to prove his innocence. We continue to hope for a reduced sentence but mentally we also have to prepare for the scenario where he’s not allowed to return to racing until February 16, 2024.”

Aerts tested positive for a letrozole metabolite last January, 10 days before the UCI Cyclo-cross World Championships in Arkansas, where Aerts finished in sixth place. He could be stripped of that result as well as his victory in Lille on February 6, a third place in the Gavere Superprestige.

Letrozole is considered a “specified substance” that does not require a mandatory provisional suspension. Aerts could have raced on in 2022 until a final verdict but opted to self-suspend from racing as he and the UCI worked through the case. He was placed on inactive status by his team Baloise Trek Lions.

His positive test reportedly showed a concentration of 2.4 nanograms of letrozole per millilitre, with multiple anti-doping tests before and after confirmed as negative. There is no threshold for letrozole and so even a non-intentional positive caused by contamination leads to a ban.

All Aerts can do is try to prove contamination occurred, go through the disciplinary process and perhaps appeal to the Court of Arbitration for Sport.

“That there’s non-intentionality makes it so hard for me to accept the punishment,” Aerts said after reading out a statement and…