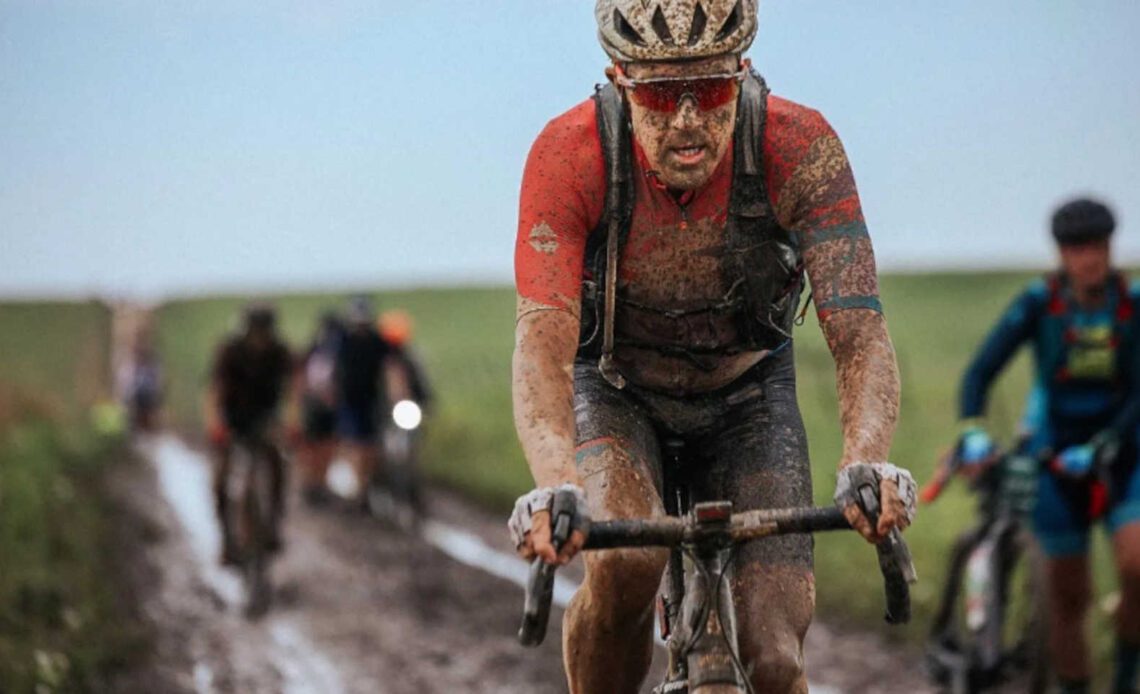 Unbound Gravel, one of the U.S. gravel scene’s most prominent events, is making a few major rule changes in 2023. First, the Kansas event is diverging from gravel tradition and creating separate elite men’s and women’s races for the first time. Second, the Life Time-owned event is hemming in the “anything goes” ethos of gravel slightly by banning aerobars in that elite field.

Both changes likely emerge out of growing concerns for rider safety among the increasingly-professionalized elite gravel ranks. As the new discipline shifts from purely mass-participation to a high-dollar pro event, in part due to the attention of Life Time’s own Grand Prix series, riders are pushing for more equal, and more safe, conditions.

The first big change is that the elite men and elite women will be separated from the amateurs and from each other. This change only applies to the 200-mile event. It is, in part, aimed to address safety concerns. “By removing the ability for out-of-their-league non-elites to get mixed in with the elites,” Life Time states in its annoucnement, adding “This thereby removes some of the risk of folks riding beyond their abilities and causing dangerous scenarios.”

Both changes also makes the elite racing more fair for the pro women who, according to some riders, would quickly be scattered into mass-start fields or, as was the source of some controversy in 2022, work with – or recieve assistance from – male teammates.

Life Time added that it hopes this change keeps the elite racers from changing the race experience too much for the amateur racers, who make up the vast majority of entries at Unbound Gravel.

To further increase safety at Unbound, Life Time is adding a course marshal at “every intersection with paved roads to increase rider safety.”