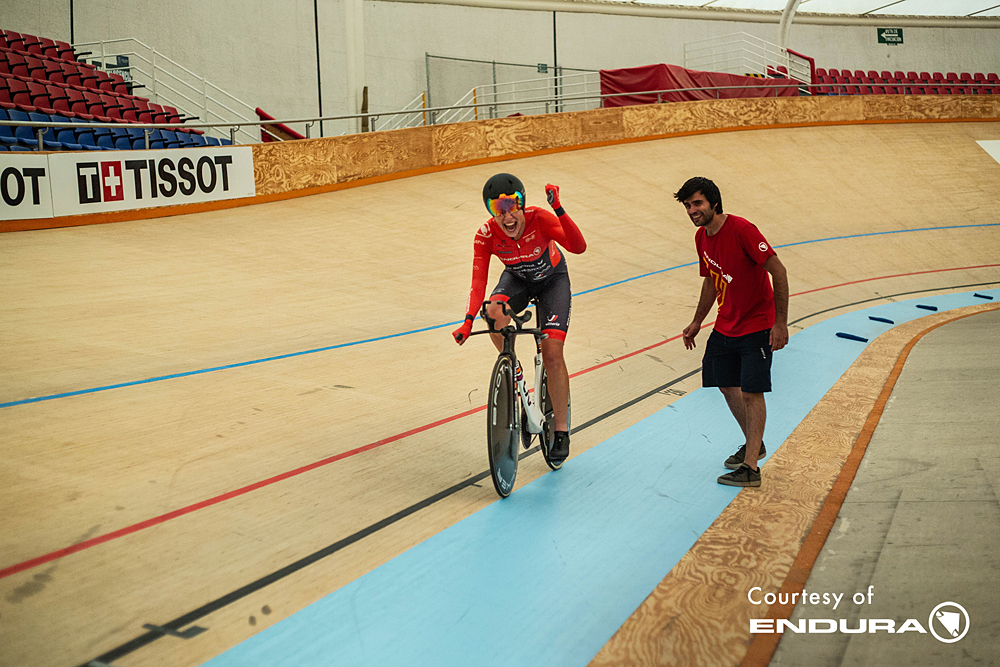 Vittoria Bussi will attempt to set a new UCI Hour Record in 2023 in a bid to surpass the current distance of 49.254 kilometres set by Ellen van Dijk at the Velodrome Suisse in Grenchen in May.

The Italian confirmed her next Hour Record attempt by launching a Gofundme (opens in new tab) campaign to raise financial support for her goal. The fundraiser has reached 71 donations and a total of €1,785 of its €10,000 target as of Friday.

“In 2023, I am ready to take it back, and that is a ‘Road 2 Record’, almost ready, because accessing the Hour Record involves huge expenses, and to complete the budget that is needed to make my attempt official, I need your help,” Bussi wrote on the fundraiser page.

Bussi set the women’s UCI Hour Record of 48.007km on the Aguascalientes velodrome in Mexico in 2018, which at that time, beat the 2016 record of Evelyn Stevens by a slim 27 metres.

A mathematician, Bussi said that she aims to break the 50km mark in her next attempt at the women’s UCI Hour Record.

“I contribute my math skills to aerodynamic and technological studies. I intend to break the 50km barrier and take the women’s record beyond this limit,” she said.

Bussi is asking the public to financially support her Hour Record attempt as an independent athlete without an established trade team.

She said that she also gives back to the sport by promoting cycling safety and equality and hopes to establish a cycling academy dedicated to a new generation of female athletes.

“The record is something that goes beyond sporting achievement. It represents a chance that you give me today and that tomorrow will be a young cyclist’s dream; the chance to believe and go all the way despite the fact that the roads ahead are often winding for those who choose to be independent athletes and entrepreneurs of themselves,” she said.

“Sport changes lives. I have experienced it firsthand. On the track, I seem alone against the clock, but alone I never am because, with me, I bring all the people who believe in my struggle. Thank you to those who want to support me in this new endeavour.”