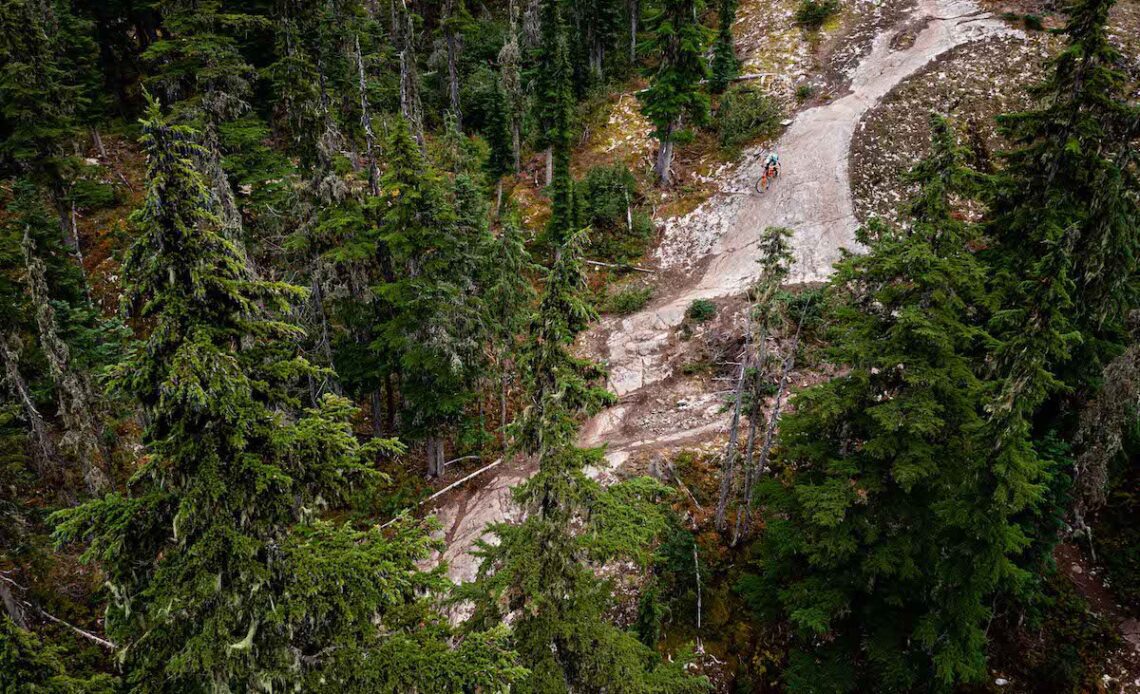 Mountain biking is all about pushing your own limits while finding community and, you know, doing really cool things in the woods. Georgia Astle has done more amazing things than most, through her career racing downhill and enduro and, lately, pushing what’s possible in freeride.

In Flip the Switch, Astle connects the personal challenges and growing community of women’s freeriding to redefine her own limits. And, you know, do some really amazing things in the woods.

With filmmaker Scott Scecco on board and all of B.C. as a canvas, Astle gets up to some really amazing things in Flip the Switch. Watch below and get stoked for a big 2023 in mountain biking!

If you don’t have role models to look up to, it’s harder to progress as a rider. Georgia Astle grew up chasing her older brother. “If he could do it, I could do it” she figured. But that could only take her so far.

As Geo developed as a racer, she learned to push herself. She got comfortable “flipping the switch” and pushing against the clock. But when Geo looked beyond racing, there weren’t a lot of women pushing the limits of freeride. Until all of a sudden, there was.

Watch Georgia Astle explore some of British Columbia’s most striking landscapes, on a search for terrain to push her riding, inspired by a rising tide of female freeriders around the world.