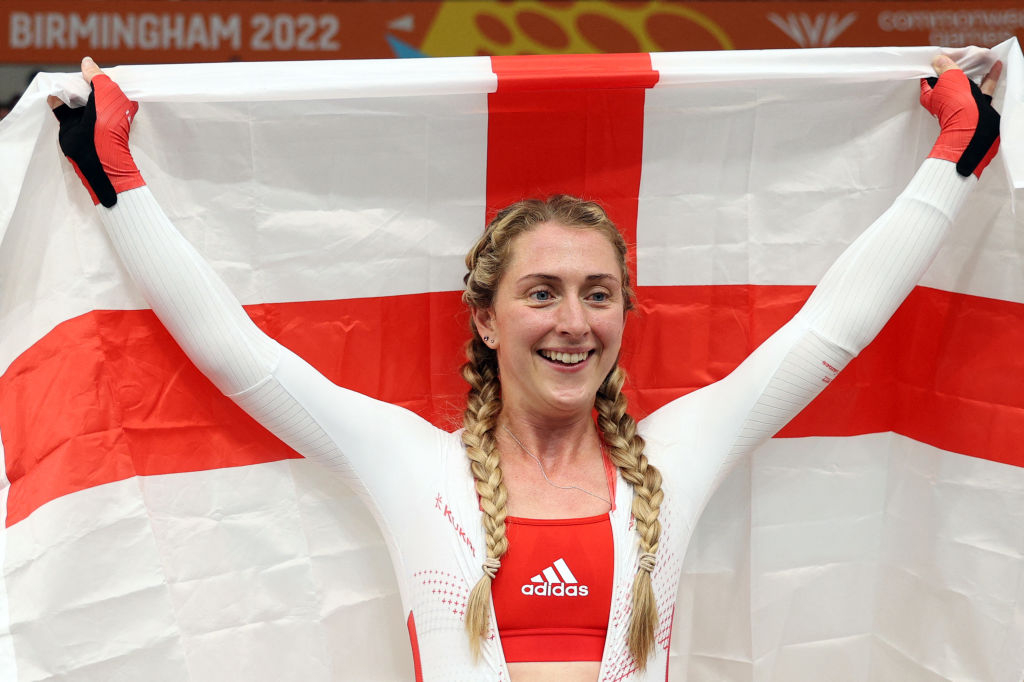 Laura Kenny and her partner Jason Kenny announced that they are expecting their second child. Great Britain’s most successful female Olympic athlete said that she is filled with emotions after suffering a miscarriage in November 2021 and an ectopic pregnancy in January 2022.

“A year ago today I was sat in A&E knowing I was really poorly but not knowing what was wrong with me. When I got the news I was having an ectopic pregnancy my world felt like it crumbled,” Laura Kenny prefaced her pregnancy announcement on social media Wednesday.

“We had already lost our second baby in November and I remember lying there searching for some sort of answers. I still feel this heartbreak today and I don’t think it will ever go away. But today a year on… New Post”

Kenny, who gave birth to her first child in 2017, posted a photo (opens in new tab) of four bicycles – two adult and two children sizes – in a corresponding pregnancy announcement.

“Today I felt like I couldn’t hide away anymore. I’m already, starting to show and the anxiety I have felt has been, unreal. Telling the world means I have to accept we are, having another baby and this fills me with all kinds of emotions,” Kenny wrote.

Kenny is the most successful female cyclist in Olympic history having won five gold medals and a silver medal across three Olympic Games at London 2012, Rio de Janeiro 2016 and Tokyo 2021. Kenny and her partner Jason, who has earned seven gold medals and two silver medals across four Olympic Games, were awarded dame and knighthoods by the Duke of Cambridge as Great Britain’s most decorated Olympians.

Kenny learned that she was pregnant at the delayed Tokyo Olympics, and she shared that she had suffered a miscarriage and had surgery last year after doctors diagnosed her with ectopic pregnancy – when a fertilised egg implants itself outside of the womb, usually in one of the fallopian tubes. She spoke in detail about her experience with her ectopic pregnancy and her struggle with mental health in the aftermath in an interview with Eurosport (opens in new tab).

“I’m scared every single day that I might have to go through the pain of losing another baby. It makes you feel ungrateful for something you’ve so desperately wanted for the last year,” Kenny wrote on Instagram.

“But I also know there are going to be so many people, like I was, seeing my post and wishing I would go away with my happy ending. But I also know when I was lying in the hospital bed I was searching for people’s happy…