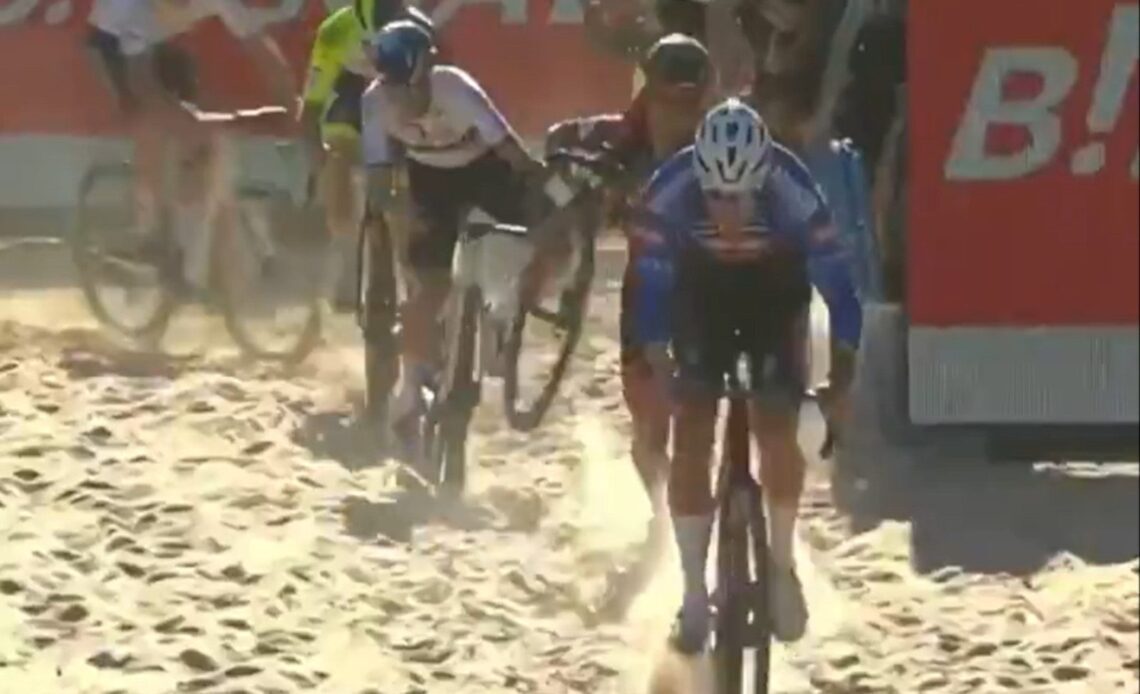 The timing couldn’t be better for the Alpecin-Deceuninck rider, as the worlds are just two weeks away. Van Aert has been the dominant force this season, winning the majority of races, so the victory is probably a good confidence-booster for the Dutch rider. The course was fast and dry, which made for some incredible racing. There was a small sandy section, and MvdP was the only one to make it through without dismounting. Of course, riding this kind of terrain is hardly unfamiliar to the pro ‘crossers, seeing as they all rode through the dunes in both Koksijde and Zonhoven.

Watch MvdP leave everyone in the dust below.

What a passage by Van der Poel in the sand! 😲 He is the only one who doesn’t get off his bike. 👏 #CXWorldCu pic.twitter.com/flrHlKDKur