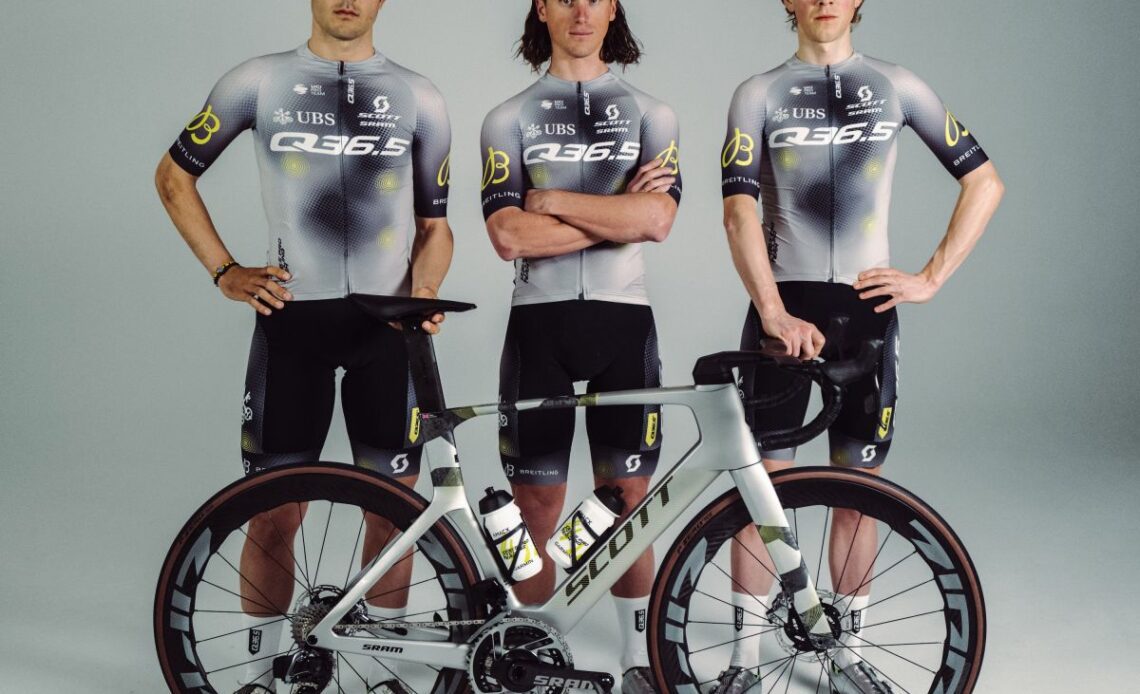 Forget the 2022 season, 2023 is here and almost ready to kick off. It’s the time of year when you have to try and remember who has transferred to where, what Ineos Grenadiers now look like, and where Alejandro Valverde is (he has, thankfully, retired).

As we head into the racing year proper, with the Tour Down Under days away, there are other confusing things to add into the mix. There are multiple teams with brand new names, and there are teams that have changed levels or have appeared, seemingly out of nowhere.

So before you switch on the Tour Down Under or the Saudi Tour or whatever and get discombobulated, here’s Cycling Weekly‘s guide to everything you need to know about the squads you will be seeing racing this year.

After nine years of partnership with the Lotto team, Soudal have jumped ship to their great Belgian rivals Quick-Step, meaning that the team in blue, the one with Remco Evenepoel and Julian Alaphilippe, is now Soudal Quick-Step, while the team in red, the one with Caleb Ewan, is now Lotto-Dstny. Got it? Good.

This is sure to trip more than a few people up, especially as there are some people out there referring to Omega Pharma Quick-Step or Lotto Belisol.

Adding to the confusion, Deceuninck are now the suffix for Alpecin, not Fenix, while their women’s team is Fenix-Deceuninck. Fine.

You might still be calling them Mitchelton-Scott, but the Australian team owned by  Australian caravan mogul Gerry Ryan is now Jayco AlUla, after their partnership with Saudi Arabia was increased to title rights. Simple. Forget BikeExchange.

At ProTeam level, this squad was known as Wanty-Gobert and then Circus-Wanty, but when they came up to the WorldTour, the Belgian team became Intermarché-Wanty-Gobert.

No more, Gobert are no longer in the biggest font on the kit, but Circus are back. Intermarché-Circus-Wanty here we go.

After just one year at Continental level, there is a new Italian team on the next step up. Gianni Savio’s Androni Giocattoli squad are no more, but luckily there’s another group of Italians to step into the breach.

It is very possible that they will get a wildcard invitation to the Giro d’Italia, especially as Lotto-Dstny have passed on their automatic entry. RCS love to invite Italians to the race, and Corratec could put out a fully-Italian team.

Among the riders they have…