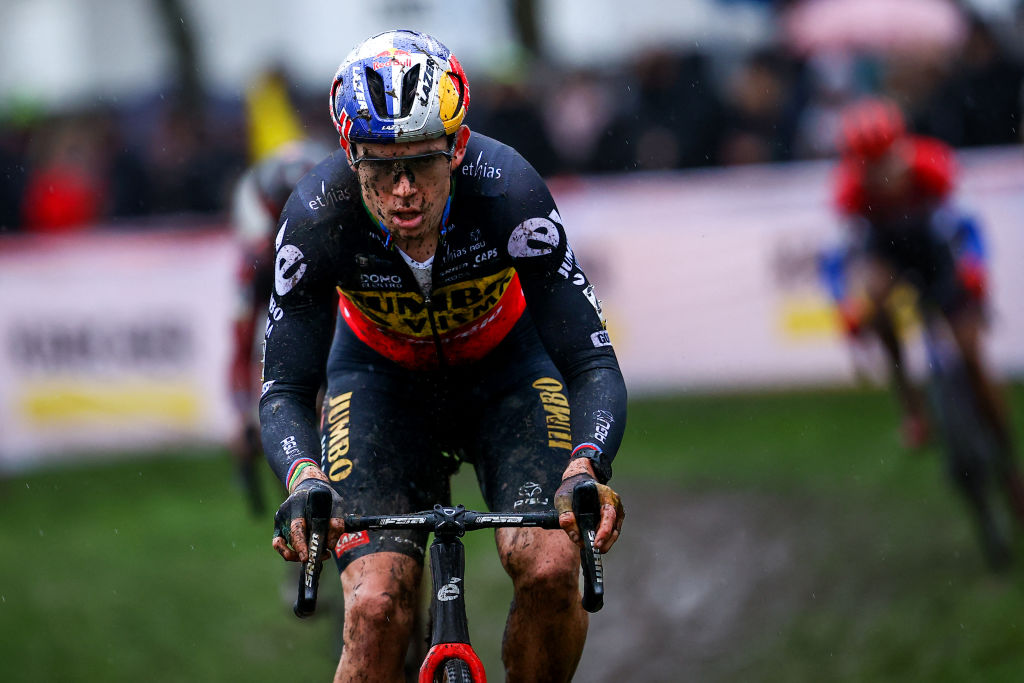 The battle for the final podium spot was a heated contest for World Cup points, series leader Laurens Sweeck (Crelans-Fristads) holding a 13-point advantage over Michael Vanthourenhout (Pauwels Sauzen-Bingoal), with two races remaining. Across the back half of the final lap, Sweeck launched a vicious attack and distanced Vanthourenhout to secure the final spot on the podium, 1:31 off the winning time, and enough points to retain his series lead.

A familiar pattern with race favourites developed on the early laps of the elite men’s race in Zonhoven, but Van Aert proved he had power in the sand and  he took advantage of a few mistakes by his main adversary Van der Poel to capture his second World Cup victory of the season, last winning in Dublin.

“It was definitely a hard hike,” Van Aert said, laughing at the finish. “It was really tough [course], with an extra time through the Kuil. For me I also liked the extra uphill section, running. This is definitely more spectacular.”