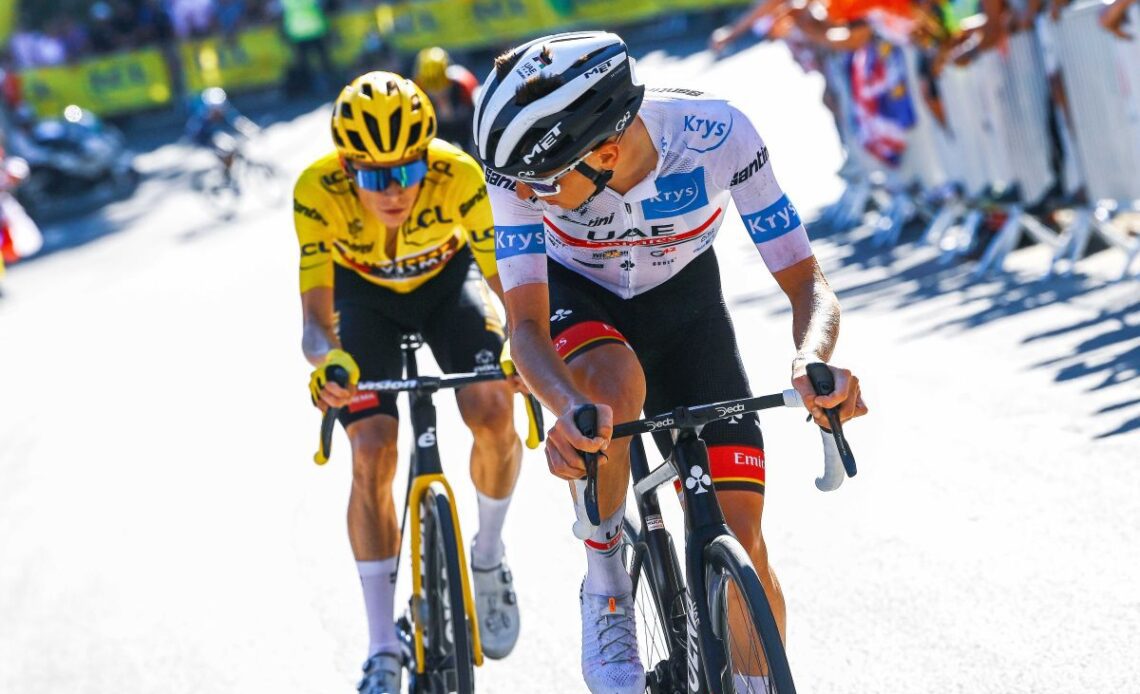 The calendar has flipped into 2023 and the new men’s WorldTour season is just days away, with the campaign getting underway at the Tour Down Under on January 17. Not all rosters are yet complete – Mark Cavendish’s destination is still to be confirmed – but some of the likely themes of the new season are already apparent.

In preparation for the 2023 season, Cyclingnews looks at some of the key storylines to follow in the men’s WorldTour.

Pogačar looks to reclaim the crown from Vinegegaard

Tadej Pogačar (UAE Team Emirates) enjoyed another season of almost casual dominance in 2022, as he racked up 16 wins across all terrains, including a victory for the ages at Strade Bianche in March and the third Monument of his young career at Il Lombardia. For the first time, however, Pogačar met his match at the Tour de France, where Jonas Vingegaard (Jumbo-Visma) overpowered him on the Col du Granon and Hautacam to divest him of the title.

As ever, Pogačar ought to shine across the calendar in 2023, but regaining his Tour de France crown will be the obvious centrepiece of his campaign. Before Vingegaard’s victory last July, for instance, there had been whispers that Pogačar would make his Giro d’Italia debut in 2023, but any such thoughts were banished once the Slovenian surrendered the yellow jersey.

Pogačar’s 2023 campaign will be all about winning it back, but Vingegaard will not be an easy out. The Dane had already matched Pogačar blow for blow through the second half of the 2021 Tour before getting the better of him last July, and his Jumbo-Visma team’s strength in depth is startling. UAE Team Emirates have brought in some reinforcements for 2023 with the arrival of Adam Yates, but ultimately, Pogačar will have to win the head-to-head battle against Vingegaard. Expect a race of attrition on a Tour route that visits five different mountain ranges, starting with the Pyrenees in the opening week.

Round two for Evenepoel and Roglič at the Giro d’Italia

Vingegaard is not the only threat to Pogačar’s pre-eminence in the contemporary peloton. Remco Evenepoel (Soudal-QuickStep), after all, won the Vélo d’Or after a remarkable 2022 season that saw him win the Vuelta a España, the Road World Championships and Liège-Bastogne-Liège, though the Belgian has postponed his Tour debut for another season, preferring to bring his rainbow jersey to the Giro d’Italia.

The near 70km of time trialling on the route was enough to persuade Evenepoel, but…