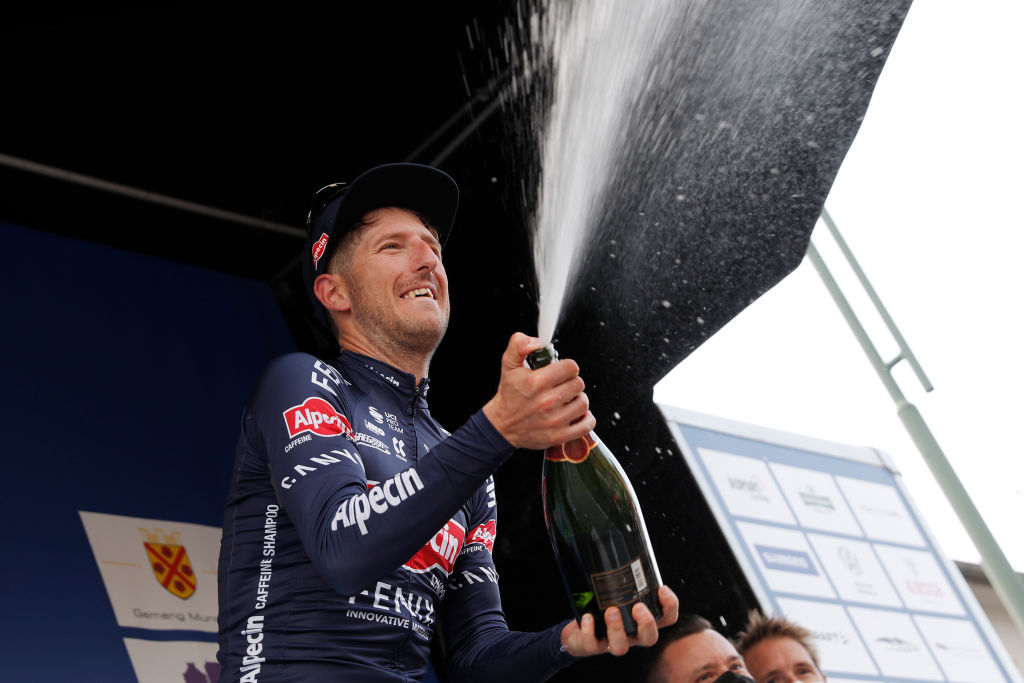 Sacha Modolo has announced he is retiring after a career that included spells in multiple WorldTour teams and 49 victories, including two stages of the 2015 Giro d’Italia.

A pro since 2010, Modolo raced with Lampre-Merida, UAE Team Emirates, EF Education and Alpecin-Fenix before his final year at Italian ProTeam Bardiani-CSF-Faizane and was one of Italy’s most prolifically successful sprinters.

Modolo, 35, announced the news via a Youtube video (opens in new tab) published on Spaziociclismo in which he provided footage of some of his greatest successes.

Apart from his Giro stage wins, Modolo also captured stage victories in the Tour de Suisse, Tour de Pologne and Tour of Turkey at WorldTour level and multiple 2.HC events, as well as in some prestigious one-day races including the GP du Canton d’Argovie, the Memorial Marco Pantani and the Coppa Agostoni.

A versatile sprinter, Modolo was at home on tough uphill bunch sprints as much he was in more conventional finales, but towards the end of December, he was realistic about his options of finding a team so late in the season. By January 2, his Twitter account already described himself as an ‘ex-pro cycling rider’ .

“Experience tells me I won’t find anything,” he told Spaziociclismo (opens in new tab) in late December. “I am realistic. I kept the door open until this month, then I started looking at what I have to do in the future.”

Modolo expressed disappointment with his final squad’s way of handling his departure. “The manner of it is annoying, because if I was going to retire, I wanted to be able to decide where and when myself, but instead they kept me hanging on a little until the last few races, and then I wasn’t kept on.”

Modolo had started his professional career in 2010 with the team, then known as Colnago-CSF, and fourth place in that year’s Milan-San Remo radically raised expectations about what he might be capable of achieving.

That early promise never transformed itself in a major Classic win and his precocious Sanremo result perhaps proved to be something of a sporting albatross, for the best part of a decade, his win rate in lesser events proved to be relentless. And, of course, he also scored a brace of stage wins on the 2015 Giro during his spell at Lampre.

Modolo is also one of the few riders in recent years who has taken wins on three different continents, with multiple victories in Asia in the Tour of Beijing, Tour of Hainan and Tour of Qhinghai Lake backed up…