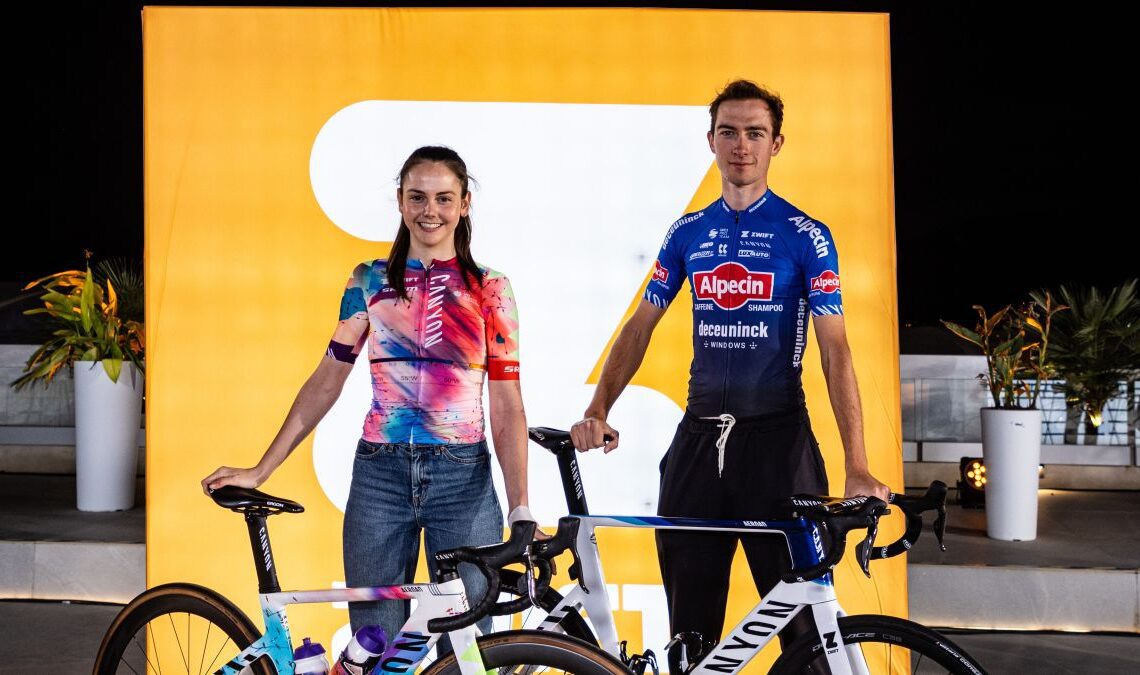 The culmination of this year’s Zwift Academy finals has seen Alex Morrice and Luca Vergallito triumph and receive professional contracts for the 2023 season. Officially becoming pro athletes with Canyon-Sram and Alpecin-Deceuninck‘s development squad respectively. Briton Alex and Italian Luca came out on top from the final five female and male finalist groups.

The Zwift academy talent identification programme has proven over the past seven years that Zwift can identify and nurture athletes who are capable of performing at the very highest level.

2020 winner Jay Vine has already taken two stages at this year’s Vuelta a España, proving the effectiveness of the programme and the level its winners can perform at

This year’s finals took place in Denia, Spain with riders staying at the Syncrosfera fitness and health hotel. You’ll soon be able to watch a video series documenting the action.

22-year-old British rider Alex is fairly new to cycling and this summer completed her degree in chemistry and physics from the University of Bath. Already a level-34 Zwifter, she had previously raised eyebrows earlier in the year when she finished second in the Lancaster GP road race, beating many of the strongest female riders in the UK in what was only her third-ever road event. After a hard week of challenging testing, Alex was selected as the women’s winner.

“I wouldn’t have thought at the start of the week that this moment would happen. It didn’t sink in properly until I was on the flight home knowing I was going to become a professional athlete next year,” Alex said.

Alex will graduate to the women’s professional peloton in 2023 and has the opportunity to ride the biggest races in the world. Competing in the Tour de France Femmes is an obvious goal and ambition.

“The Tour de France Femmes avec Zwift – I had the opportunity to watch the first stage in Paris this year with the Skoda Cycling Academy and was impressed with the atmosphere at the race and the support from the crowds,” she said. “I think the addition of the women’s version of the race in France is very exciting and leads the way for women’s cycling in the future and it is something I want to be part of!”