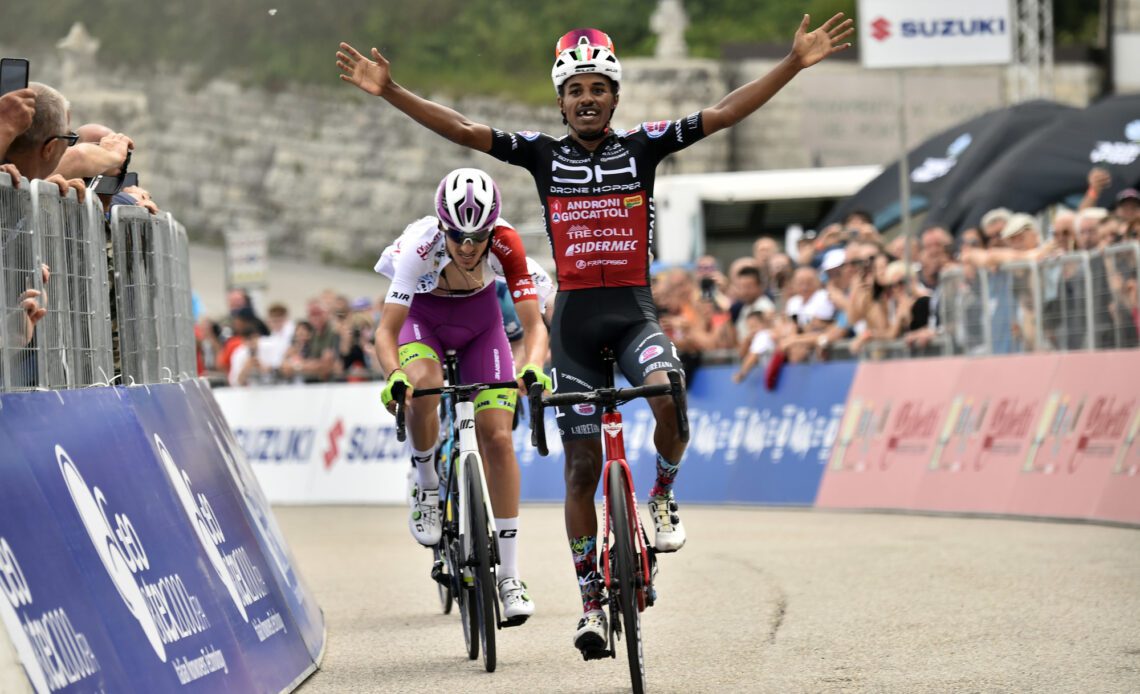 According to Trek-Segafredo team manager Luca Guercilena, 23-year-old Natnael Tesfatsion may have only just joined the American squad, but they have been tracking him for nearly two seasons now.

“He was an athlete who first came on our radar just under two years ago because we saw in 2021 he was doing well and was very consistent,” Guercilena tells Cyclingnews during the team’s recent training camp in Spain.

“So we were quick to make contact, because we believe that if he manages to settle in well in the team, and there’s no reason why he won’t, he’s the kind of rider who could get some really big results in the future.”

“He’s part of an important generation of African riders including guys like Ghebre’ [Trek-Segafredo teammate Amanuel Ghebreigzabhier] who are very gifted and who could, in soon, start making the kinds of massive inroads that we saw the South Americans do in previous decades. And in fact, with other African riders that is already happening.”

With all that in mind, Cyclingnews spoke to Natnael Tesfatsion about his formative years as a pro. and where he goes from here.

Cyclingnews: You were with the Dimension Data Continental team from 2019 to the end of 2020. How and why did you sign for them?

Natnael Tesfatsion: In 2018, when I raced in China with Team Eritrea in races like the Tour of Qinghai Lake and Tour of Fuzhou, I did well, I got good results. Dimension Data saw what I was doing and they spoke to [fellow pro] Natnael Berhane who’s also from Eritrea. Then he spoke to me and that was it.

CN: So from there it was onto Drone Hopper-Androni Giocattoli, how did that come about?

NT: The plan was to continue with Dimension Data but in their WorldTour level team [in 2021]. But I crashed badly in a race in Holland, really hurt my knees and ended up two months at home without any training. So Dimension Data said it would be better for me to stay with the Continental level squad for another year, but I wanted to go to a higher level straightaway.

So I spoke to my manager, Massimiliano Mori, and I’d like to thank him here for what he did to help me because it was thanks to him that he got me that place at Drone Hopper-Androni Giocattoli.

CN: Drone Hopper always have lots of nationalities in their line-up, it’s an interesting team.

NT: There were some Colombians, Italians, one Eritrean, Argentines, Ukrainians, Romanians…very different kinds of riders. I was living in Tuscany, in Lucca, although now I’ve now moved this year…