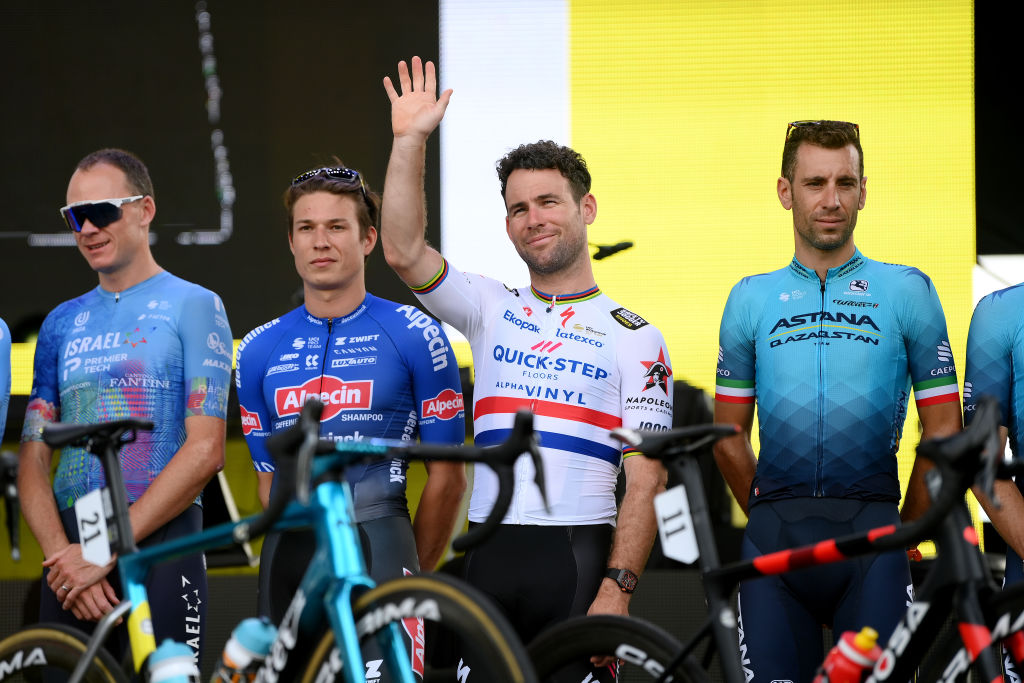 Astana Qazaqstan manager Alexandre Vinokourov says the team are keen to have Mark Cavendish racing with them in 2023 and have opened up discussions to that effect.

Cavendish’s option to form the cornerstone of Jérôme Pineau’s ambitions to expand the level of B&B Hotels-KTM ended when the team collapsed after failing to gain enough sponsorship. Cavendish’s squad for next year has yet to be revealed, although his friend Pete Kennaugh recently said that the sprinting star has “definitely signed” a contract, without specifying where.

As the speculation over the future of the Manx racer continues, Astana Qazaqstan team manager Alexandre Vinokourov told Cyclingnews the Kazakh squad would be happy to sign Cavendish for 2023. However, he emphasised that actual negotiations were nowhere near beginning yet.

The longstanding manager of the Kazakh squad said at the ongoing team training camp in Spain that once he heard that B&B Hotels was lacking sponsorships, “I thought about Mark right away.”

However, Vinokourov claimed that although they had talked to Cavendish’s representatives, actually signing the Briton was by no means certain. “We’d have to reach a full agreement,” he said. “For the moment, nothing is decided.”

Vinokourov said the team’s interest in Cavendish is partly because in their 16-year history, “Astana have never had a really big sprinter. We’ve always focussed on the stage races, not so much at that.”

Vinokourov also raced alongside Cavendish for many years. He recalled the two were rivals in London for the Olympic road race in 2012, with Vinokourov winning just weeks before retiring.

“He was the favourite that day, and maybe it was me who stopped him from getting his title of ‘Sir’,” Vinokourov joked.

“But now there’s the chance of breaking the record in the number of Tour wins,” Vinokourov said. Cavendish equalled the record of Eddy Merckx in 2021 en route to winning the Tour de France green jersey. Vinokourov agreed that if that happened with Astana, the events of 10 years ago in London would likely no longer be relevant.

Apart from Vinokourov’s considerable admiration for Cavendish, his children Alexandre and Nicolas, who race in the Astana Qazaqstan team, are also big Cavendish fans. “They told me, Dad, try to sign him,” Vinokourov said with a laugh.