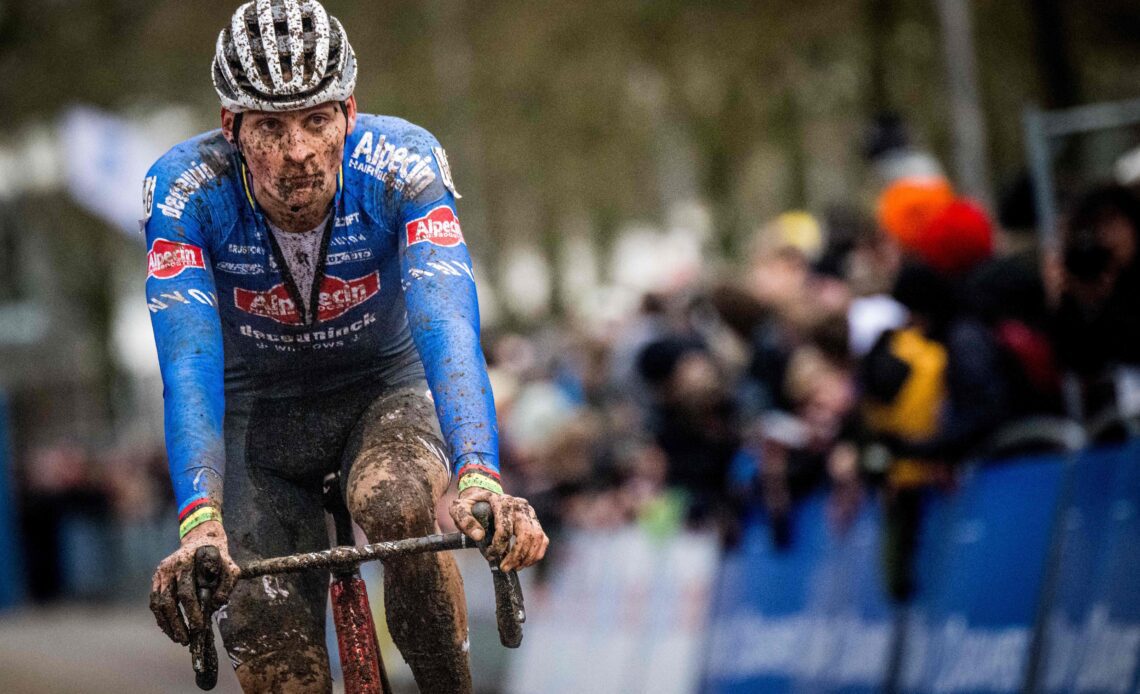 Mathieu van der Poel was handed a resounding defeat by rival Wout van Aert at the X2O Trofee race in the sand of Koksijde on Thursday. But beyond the disappointment of missing out on the win, he was also concerned about the return of the back pain that disrupted his cyclocross campaign last winter.

The Dutchman, who so far has scored four wins from 11 races this cyclocross season, could be seen standing up on the pedals and stretching his back at several points during the hour-long race. He was distanced by van Aert on the fourth lap of the race and nursed his way to the finish.

Van der Poel eventually finished 1:38 down on Van Aert and concerned about the return of his back pain.

“I suddenly had a lot of back pain again,” Van der Poel told Belgian television Sporza after the race.

“That sucks, but there’s nothing I can do about that. I felt it pretty quickly. It’s too bad because I had looked forward to this race.”

Van der Poel has enjoyed great success at Koksijde before, winning the UCI World Cup on the sand of the Belgian coastal town five times in his career, having also taken his first world title – the junior race in 2012 – there, too.

On Thursday, though, the pain in his back put paid to any hopes of adding to that tally, despite him feeling in good shape.

“I felt pretty good, my legs too, but at one point I could hardly get one foot in front of the other,” Van der Poel said.

“It has actually gone quite well this winter. I don’t really understand where it has suddenly come from.”

Van der Poel didn’t give any indication that the back issue would be as serious as last year’s bout of problems which saw him miss the Mountain Bike World Championships, restricted his ‘cross campaign to one-and-a-half races, and saw him avoid any road training until February.

“In the past races, we’ve been evenly matched. Logically we should’ve continued that today,” he said referring to Van Aert, who is now up five wins to three in the head-to-head table this season.

“I’m a little worried about it, but it will be fine.”

Van der Poel is set to race again this Sunday as the World Cup heads to Zonhoven. He’s won three of the last five rounds of the competition and will compete in Benidorm later in the month after attending an Alpecin-Deceuninck training camp.

“I’ll loosen up my back well tomorrow to be able to give my best again on Sunday,” he concluded with optimism.