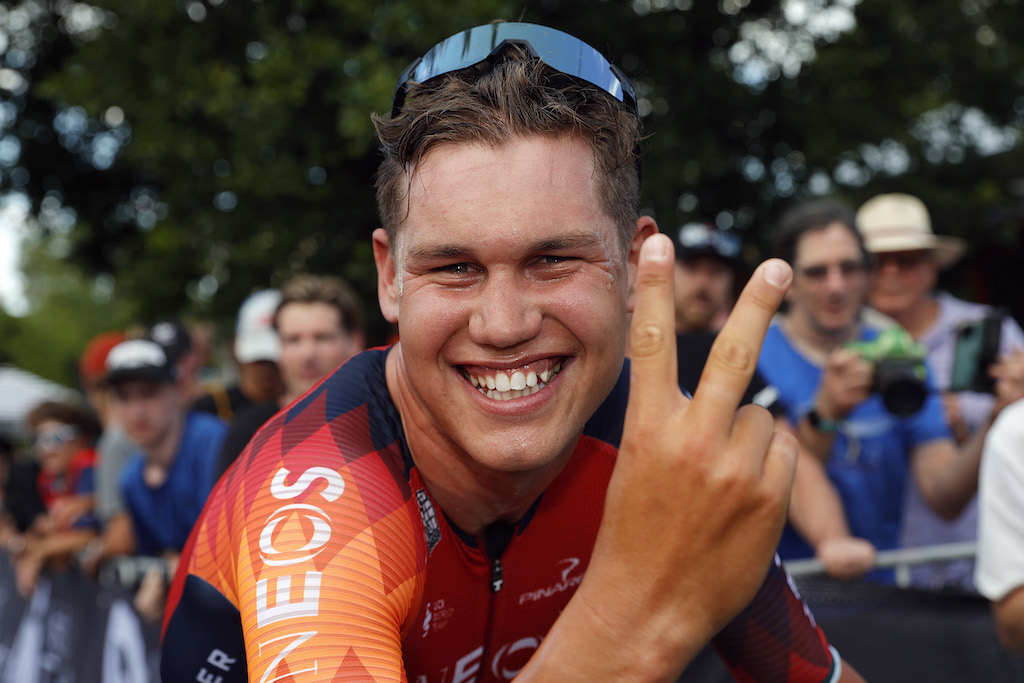 Luke Plapp (Ineos Grenadiers) gets to hold onto his green and gold jersey and matching Pinarello for another year, with the Ineos Grenadiers rider beating a stacked field to take the elite men’s road race title at the AusCycling National Championships for a second year running.

The 22 year old flew solo again, leaving his move much later this time given the baking heat and powerful line up, flying out of a small lead group and holding off the charge of second placed Simon Clarke (Israel Premier-Tech), Michael Matthews (Jayco AlUla) in third and Drew Morey (Kinan Racing), who just missed the podium. Kane Richards (ARA Skip Capital) – a constant aggressor through the race – was next through the line to round out the top 5,

“I wasn’t ready to give up the jersey or bike just yet. I’m speechless,” Plapp told reporters after stepping off the podium. “It was so much of a different race, it was a different field, different sensations and even just the lead in – last year was perfect this year had its ups and downs – I can’t believe it worked and paid off to be honest.”

“I was a nervous wreck for the last week,” said Plapp who was flying solo at the race so was busy not only trying to work out how to win again without teammates but also sort out the organisational issues, from registration to getting the ice stockings sorted for a hot day out on the bike.

“It kept me busy and stopped me thinking about the race a bit which is good but it has been an amazing week and to finish it off like this is brilliant, whatever happens in the TT happens now,” said the 2021 Australian title holder in the race against the clock, which on Tuesday will mark the close of the National Championships for another year.