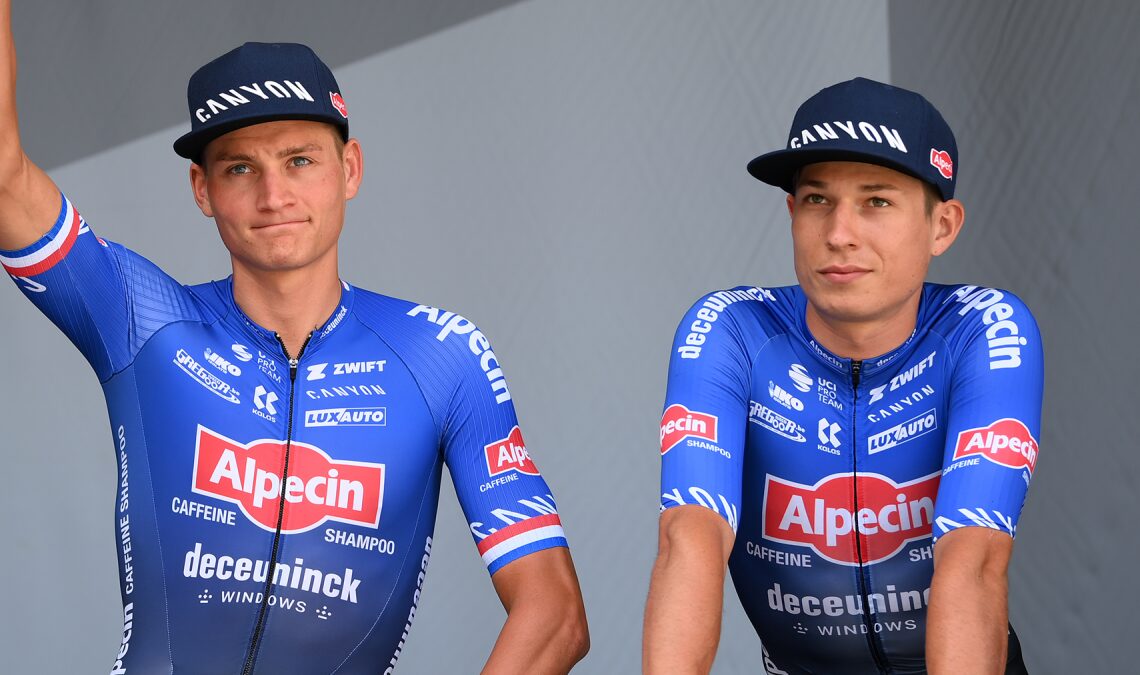 It might be hard to believe, given their record of success in recent seasons, but Alpecin-Deceuninck are only just now a WorldTour team. The Belgian squad has been among the best in the world over the past three seasons and has been a staple at Grand Tours, major stage races and Classics for the past two.

Of course, much of that is down to the presence of one man – Mathieu van der Poel. The Dutch star has been racing with the team for nine seasons now across road and cyclo-cross, his ability and profile seeing them grow with him through the years.

Once again, he’s the main draw in 2023, having won his second Tour of Flanders and worn the Giro d’Italia’s pink jersey last season, even if his Tour de France and Road World Championships bids were derailed for varying reasons.

He’ll make his season debut at the UAE Tour next month, but bigger goals lie beyond the early season ‘warm up’. Milan-San Remo, where he finished third in 2022, Flanders, and Roubaix are the obvious spring targets.

There will be plenty of rivals lining up to face Van der Poel through the spring, though none will bring quite the same level of anticipation with them as Jumbo-Visma’s Wout van Aert.

The pair have been facing off against one another through their whole careers so far, and so a full cobbled Classics campaign with the pair – hopefully – doing battle at full strength throughout will be something to savour.

A return to the Tour will be his big summer goal, having already ruled out another attempt at two Grand Tours in one season.

Van der Poel already has a pink jersey and a yellow jersey hanging in his trophy room after taking early stage wins at both races in the past two years. With that in mind, the opening hilly stage in Bilbao this July looks like the perfect stage to repeat the trick ahead of more Giro-style stage hunting later on.

With no disrespect to his Alpecin-Deceuninck teammates, the team’s success will largely depend on how he fares, though he delivers big year after year and you can bet he’ll do so again in 2023.

Sprinter Jasper Philipsen is the team’s other top rider, even if the Belgian hasn’t yet ascended to the same level of superstardom as Van der Poel. 2022 saw the 24-year-old enjoy the best season of his career to date, putting behind him a series of near-misses at the 2021 Tour de France to take two wins in July, including the big one in Paris.

With another nine wins added to his palmarès, the Belgian has firmly established himself among the top…