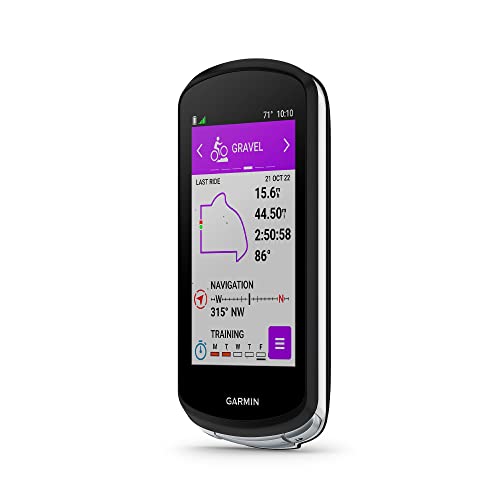 With travel having opened up and the event calendar (largely) back to normal, for me this year was about packing in adventures of all descriptions. Chief among those was a two-week bikepacking loop from the heart of Budapest out into the mountains of Slovakia and back again. But there were also two rides taking in the length of Wales (one racing, the other bikepacking) and then a clutch of camping weekenders, including Gritfest, Grinduro and the National Gravel Champs.

As a result, my kit picks are a somewhat eclectic mix, demanding both performance but also practicality. Either way, every one of these items really impressed over the last twelve months and I’d fully recommend them (although some with a few nuanced caveats).

It’s hard to fully cover the features of a bike computer packing as much tech as this in a bite-sized chunk, so I’ll focus just on the aspect that’s impressed me most: the battery life.

Even with a power meter and heart rate monitor both connected – and having the screen switched on and displaying my route for the entirety of the ride, I the Garmin 1040 solar still only dropped to 76% charge after cycling the entire Welsh-English border, from Chepstow to Chester.

That’s just astounding. Doing that distance with a Hammerhead Karoo 2 (which is utterly excellent in many other ways) and it needed to be put into an extreme battery saving mode with about 20% of the ride left.

Interestingly, I don’t believe that the Solar functionality really added that much to the battery life, I think it’s mainly down to the size of the battery and the energy efficiency of the unit. I haven’t had a non-solar Edge 1040 to cross reference this with, but from the solar data it provides, apparently just under one hour and 20 minutes of runtime was added by the British sun – that shouldn’t have been enough to keep the charge at 76% on its own.

But whatever reason truly is, I can at least say that the Edge 1040 Solar is simply superb for battery life. Which was a massive help when riding through the remoter parts of Northern Hungary and Easter Slovakia, when opportunities for recharging weren’t so frequent. I was able to save the power bank for my phone and camera, trusting the 1040 Solar to see itself through until the next major town.

You can read my review of the Garmin Edge 1040 Solar here.