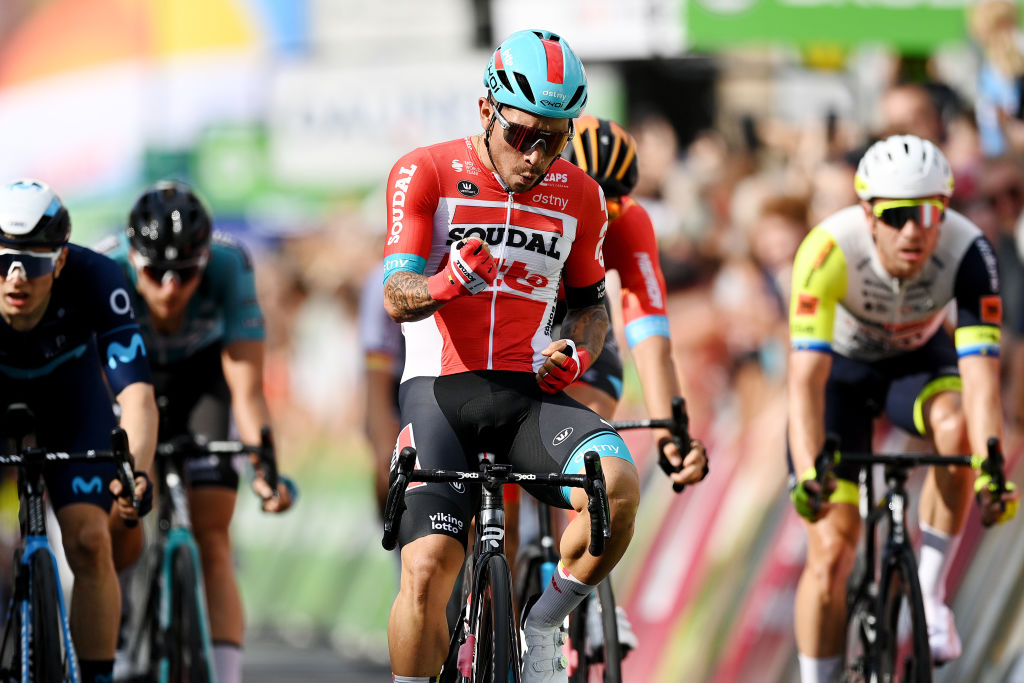 Caleb Ewan hasn’t raced the Australian Road Cycling Championships since 2019 but will take on the Mount Buninyong Road in January to test his increasingly evident ability to handle short climbs and then still win a sprint finish.

Ewan is expected to be one of the key players in the Australian summer racing. He will line-up for the Australian national team at the Santos Tour Down Under and Cadel Evans Great Ocean Road Race.

Confirmation that he will also be at the Australian road race championships on January 8 strengthens what is likely to be a packed field, with Ben O’Connor and Jay Vine among those already on the start list. Ewan who will  have teammates Harry Sweeny and Jarrad Drizners with him.

Ewan won on the course as an under 23 rider and came second in the elite men’s race in 2015 when he was beaten in a small group sprint by Heinrich Haussler.

He also came fourth in the road race in 2018 but was a DNF in 2019 and 2016, along with the bulk of the field as the repeats of the Buninyong climb often have a habit of splitting the field and leaving many out of contention by the final lap, of what in 2023 will be a 16 lap 185.6km race.

However, Ewan’s focus on working to hold firm on the climbs – starkly evident on the climb of the Poggio at last year’s Milan San Remo and also his efforts in managing to get through to the final stage of the Tour de France – could make it all the more likely that he’ll remain in contention through the race for the green and gold striped jersey of the national champion.

There also may be an extra level of ambition for Ewan in 2023, having had a difficult year – by his usual incredibly high standards – and then also being overlooked for selection at a home Road World Championships. Winning the national championships would be a good way to prove that he had deserved to be there.

It would also be a clear cut turning of the page on 2022, a year where his team was relegated from the WorldTour and where, despite taking seven victories, the big targets such as Giro d’Italia and Tour de France stages didn’t fall into place

It is unclear whether Ewan will race in the new Lotto-Dstny kit in the criterium at the National Championships on Friday January 6. The rider from New South Wales won the criterium title three years running, from 2016 to 2018 but opted to sit out the race in central Ballarat in 2019 to focus on the road race instead.