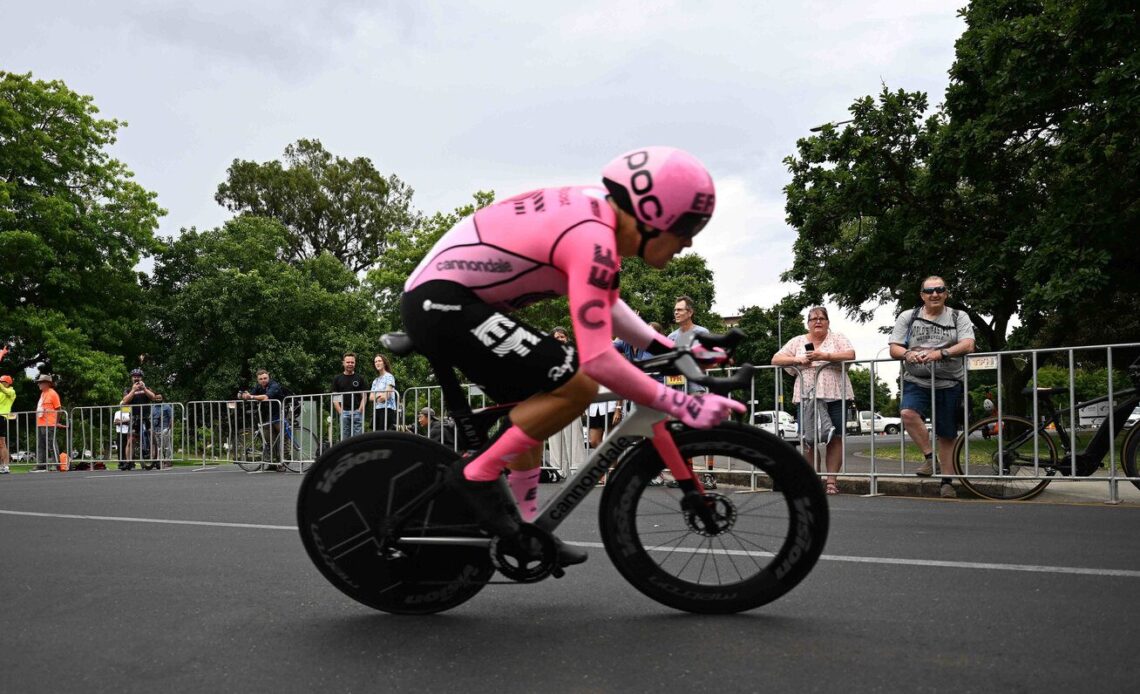 The first victory of the 2023 WorldTour went to EF Education-Easypost on Tuesday, as the Santos Tour Down Under kicked off in Adelaide with a 5.5 km prologue chrono. Alberto Bettiol seized the first ochre leader’s jersey with the triumph. Derek Gee, Canadian time trial champion, was 19th.

Bettiol was one of the early riders, and his 6:19 stood up for the rest of the day, despite Magnus Sheffield (USA/Ineos) and Julius Johansen (Denmark/Intermarché-Circus-Wanty) coming close.

Italian Bettiol is best known for earning the 2019 Tour of Flanders trophy. He also took Stage 19 of the 2021 Giro d’Italia.

Of the favourites for the title, Jay Vine (Australia/UAE-Emirates) and Michael Matthews (Australia/Jayco-AlUla) posted the best times.

This is Gee’s first full year with Israel-Premier Tech after a year at the Israel Cycling Academy. Last year while riding with IPT, he was fifth in the final-day chrono of 2.1-rated Gran Camiño, a race that Michael Woods lost to Alejandro Valverde on that stage.

The Santos Tour Down Under continues on Wednesday with hilly circuits in Tanunda.