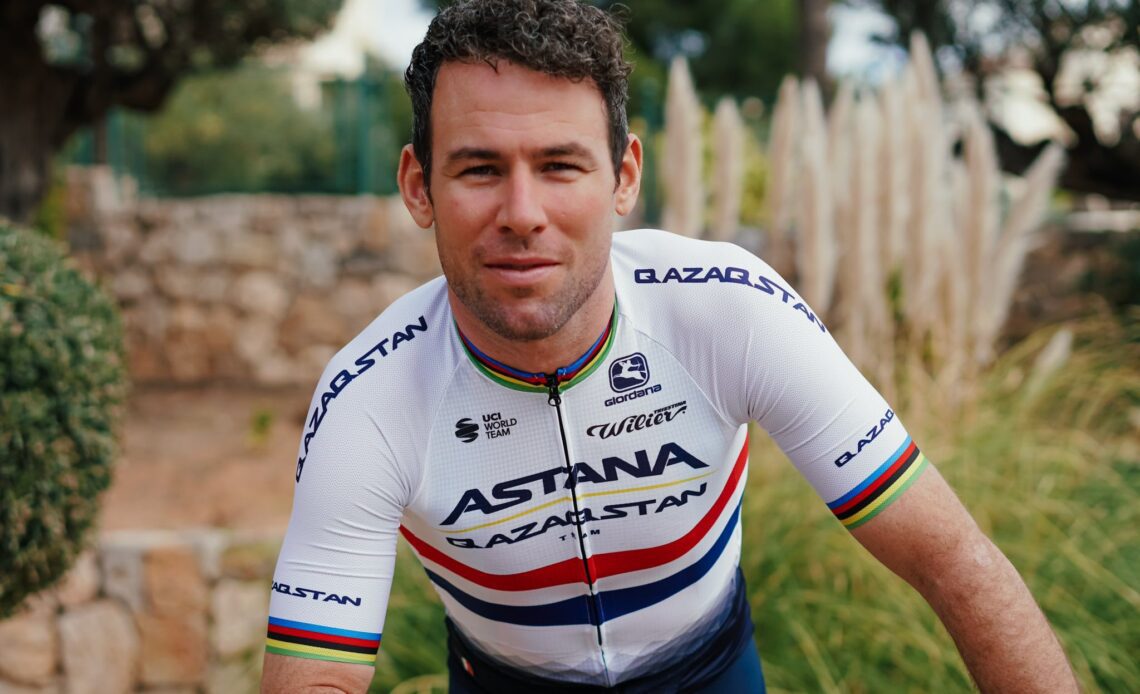 The transfer saga is over: Cav is on Astana-Qazaqstan. After a never-ending saga that saw the former world champion be associated with just about every WorldTour team (and even ProTeams like Human Powered Health), Astana-Qazaqstan posted head shots of the 2021 green jersey winner in his new kit.

How on earth did Mark Cavendish get linked to Human Powered Health?

It had been sort of confirmed he was headed to the team in early January, but when he was absent in the team photos, the gossip mill, milled.

On Sunday, someone who very much looked like the Brit was spotted loading his gear up in a team car, but that was still not enough for cycling fans.

Mark Cavendish spotted last night at Alicante airport, picked up by Astana team car. Reported by many outlets, it ended the speculation about sprinter’s future. pic.twitter.com/bx4VRXRxnB

On Tuesday, the team tweeted out his new British national champion kit. Is this the year that Cavendish breaks the all-time Tour de France stage win record? He’s currently tied with the great Eddy Merckx. July will be here before you know it.