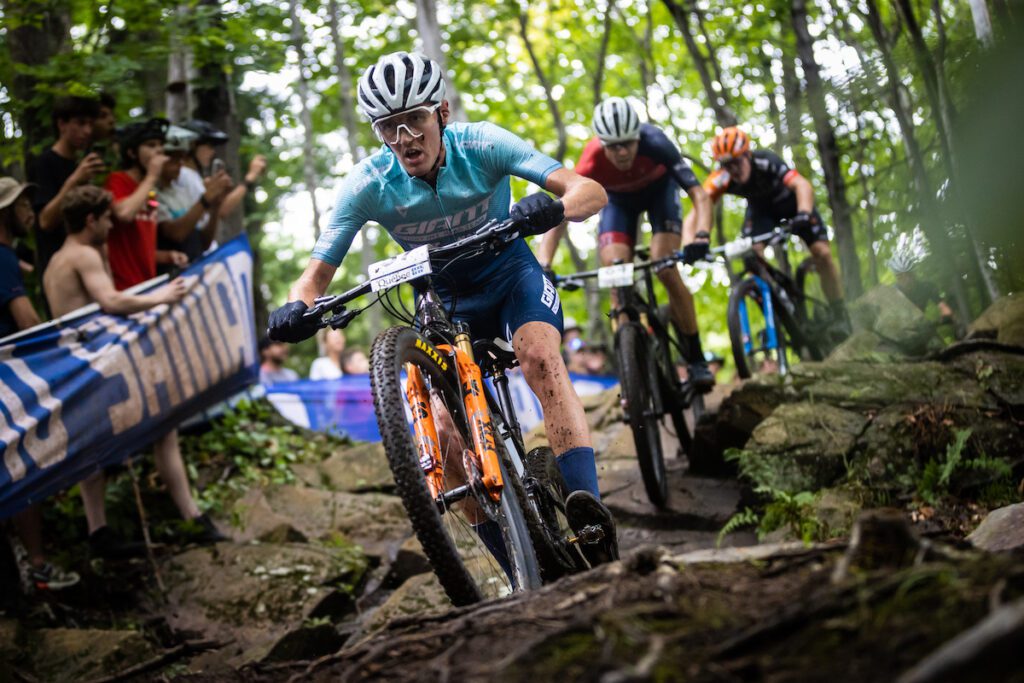 Carter Woods, the Canadian under-23 national champion and World Cup winner, has a new home for the 2023 season: Giant Factory Off-Road Team.

The Vancouver Island racer is one of five new signings, and hints at one new bike, for GFORT. The big shift in the 10-rider squad spans cross country, enduro and downhill World Cup racing for the coming season. 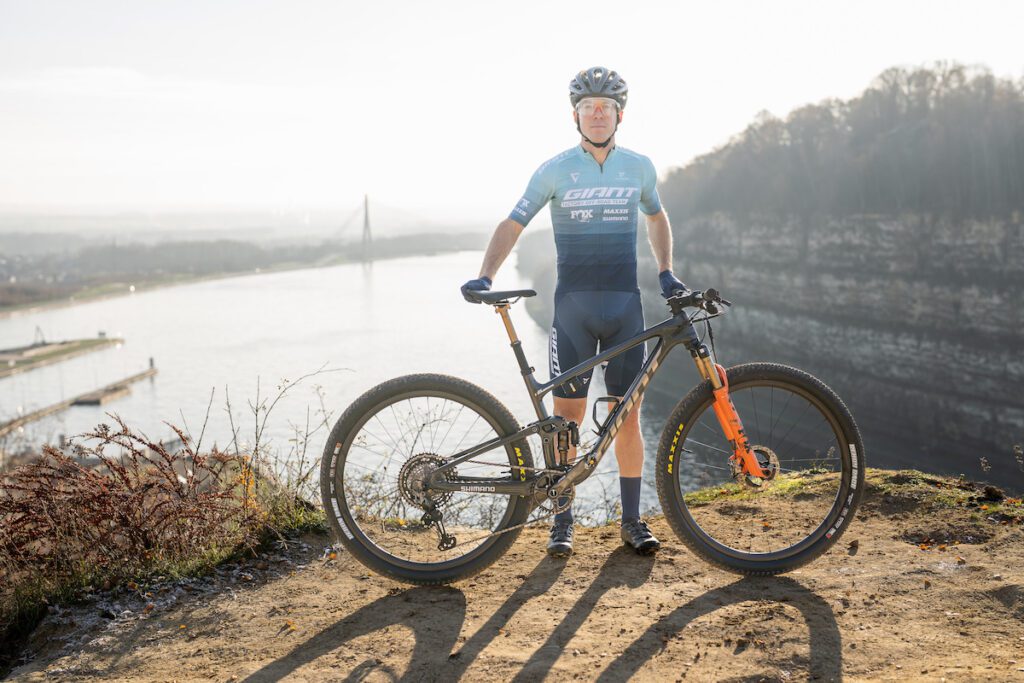 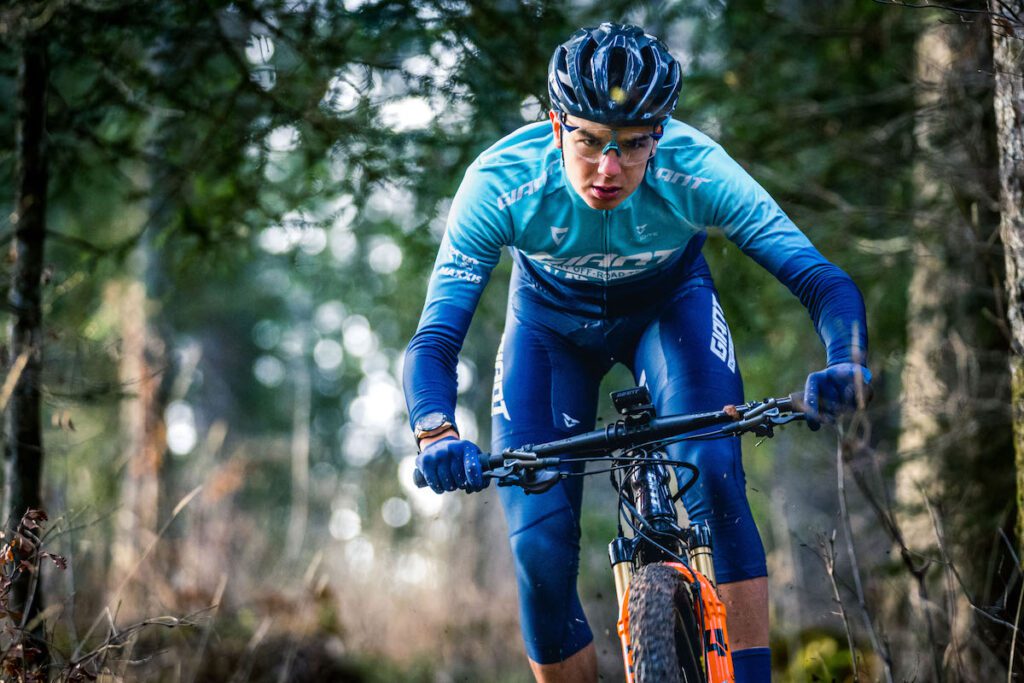 Alexandre Balmer will race road and mountain bikes with Giant. 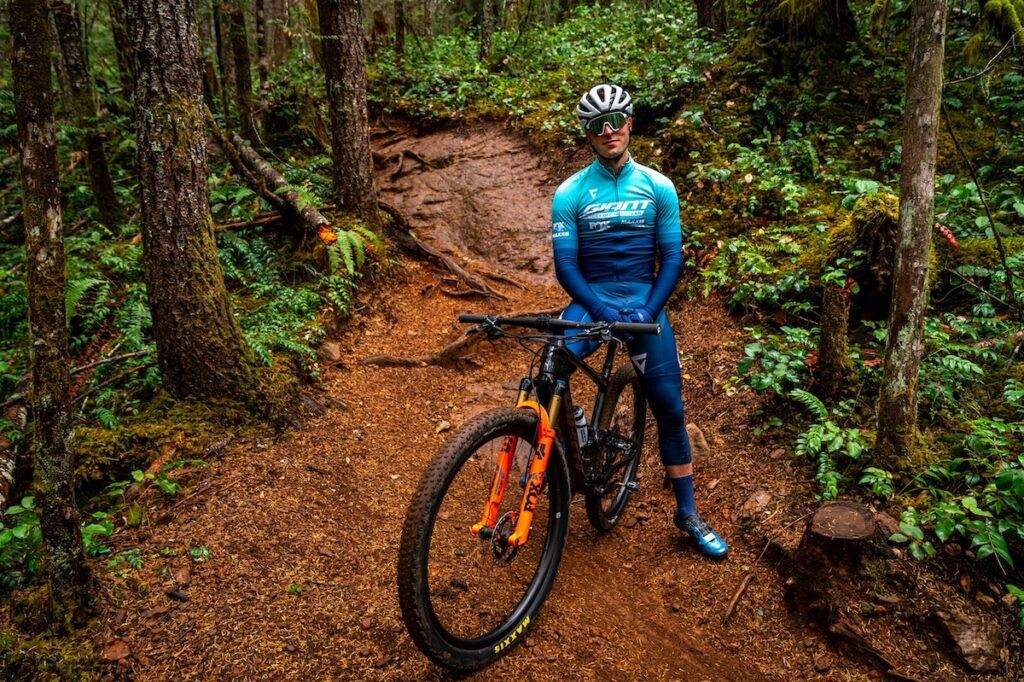 When Carter Woods lines up for his first World Cup of 2023, it will be with a completely re-vamped Giant Factory Off-Road Team XC squad. The 21-year-old Canadian is one of three new riders on the cross country program. Only Antoine Philipp returns to the squad from the 2022 roster.

Woods brings an impressive race resume to Giant for his final year of under-23 racing. That includes a trio of u23 World Cup victories and the 2022 Canadian u23 XCO and elite XCC national title. Woods finished second overall in the 2022 u23 World Cup standings off of a win in Andorra and a series of podium finishes.

Jens Schuermans will be the XC team’s veteran racer. The 29-year-old Belgian champion is a two-time Olympian, competing in Rio in 2016 and in Tokyo. He ended the 2022 season ranked 12th overall in the elite men’s standings and will be looking to improve that with the backing of GFORT.

“Joining the Giant Factory Off-Road Team feels really special to me,” Schuermans said. “I had a good 2022 season with multiple top-10s in the World Cup, but I just missed the podium on a few occasions. Podiums are where I want to be, and I believe this world-class team and its staff can help me achieve that goal. I’ve been testing my new Anthem Advanced Pro 29 for a few weeks now and I’m really happy with my new race machine.”

Alexndre Balmer roudns out Giant’s XC squad. The Swiss rider will split his time between World Cup mountain biking and WorldTour road racing with Team Jayco AlUla, which also races Giant bikes. The 22-year-old is a junior world champion in XC and a Swiss national champion on the road.

The gravity side of Giant Factory Off-Road Team is also adding youth and speed. Australian brothers Luke and Remy Meier-Smith add their long list of enduro and downhill successes to the team’s 2023…