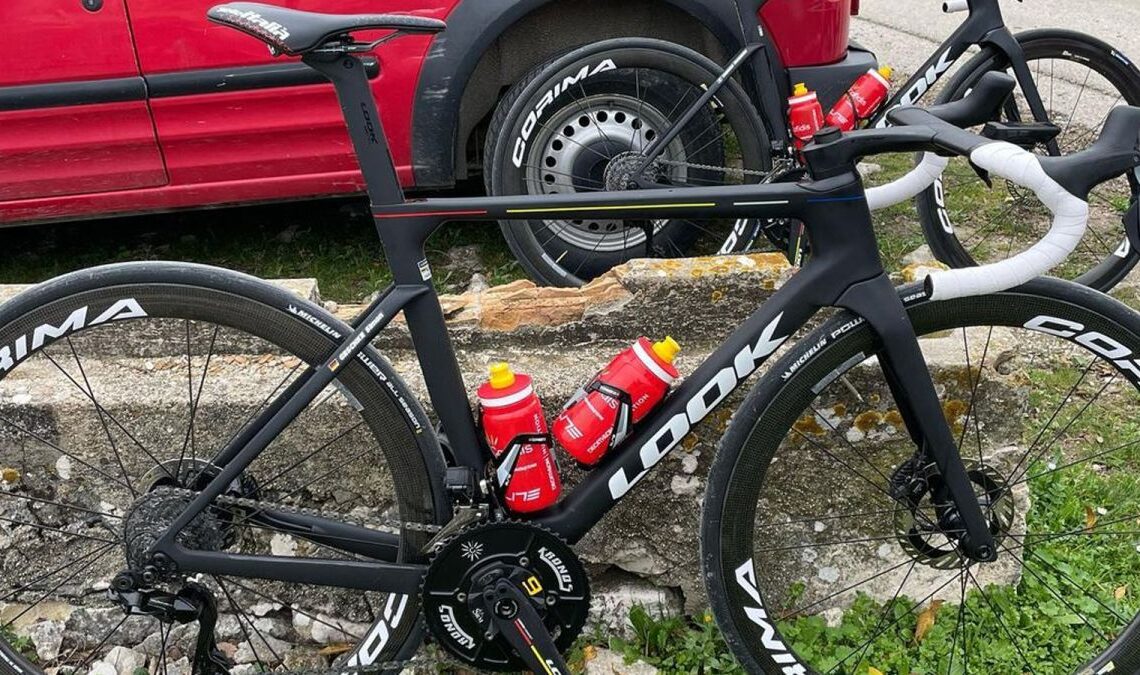 As 2022 ticks over into 2023, many of the teams in the WorldTour and beyond are currently trying to get to grips with new equipment as teams change sponsors and allegiances alter. One such team is French WorldTour outfit Cofidis, whose off season has seen a transition from De Rosa to their French compatriots at Look.

The transition starts with a shipment of bikes and an enormous amount of work for mechanics. Team Jumbo Visma recently admitted that their work began in late October just to swap 180 bikes’ groupsets from Shimano to Sram. Spare a thought for Cofidis mechanics then, whose last few months will have been spent getting to grips with a bike that technically doesn’t yet exist, and building a likely-similar number of them for the Cofidis team.

The bike in question is yet to be released by Look, however, various riders have leaked it – probably accidentally-on-purpose – onto their social media feeds, including Simon Geschke, Rachel Neylan, and the Team Cofidis Instagram account (opens in new tab) itself.

Thanks to the quite-clear images, we’ve got a pretty clear view of what this new-look Look looks like. It looks good.

What we can tell

Firstly, this is probably best pigeonholed into the ‘aero all-rounder’ category. It’s not a pure aero bike like the Trek Madone or the Cannondale Systemsix, but there are certainly aero cues, including a reasonably deep head tube, a seat tube that wraps around the rear wheel a little, and bladed seat stays that, like most bikes nowadays, join lower than the top tube. Besides the 796 Monoblade time trial bike, this is actually the only bike in the Look range that uses this now-common feature of road bike design.

Talking of commonality, the dropped seat stays are just one of many features here that could have easily been pulled straight from the Big Book of Modern Road Bike Design. Firstly, such is ubiquitous in the WorldTour now, this is a disc brake bike, and is fitted with Shimano’s Dura-Ace R9200 Di2 groupset. Up front, the bar and stem look to be a one-piece affair – albeit with an unusual shaping at the junction – complete with totally integrated cabling and a centrally-mounted out-front computer mount. There’s also what appears to be a D-shaped seatpost, held in place with a wedge that’s accessed from in front on the upper side of the top tube.

Further south, as shown by this photo on the non drive side, it’s also possible to see the bottom bracket, and by…