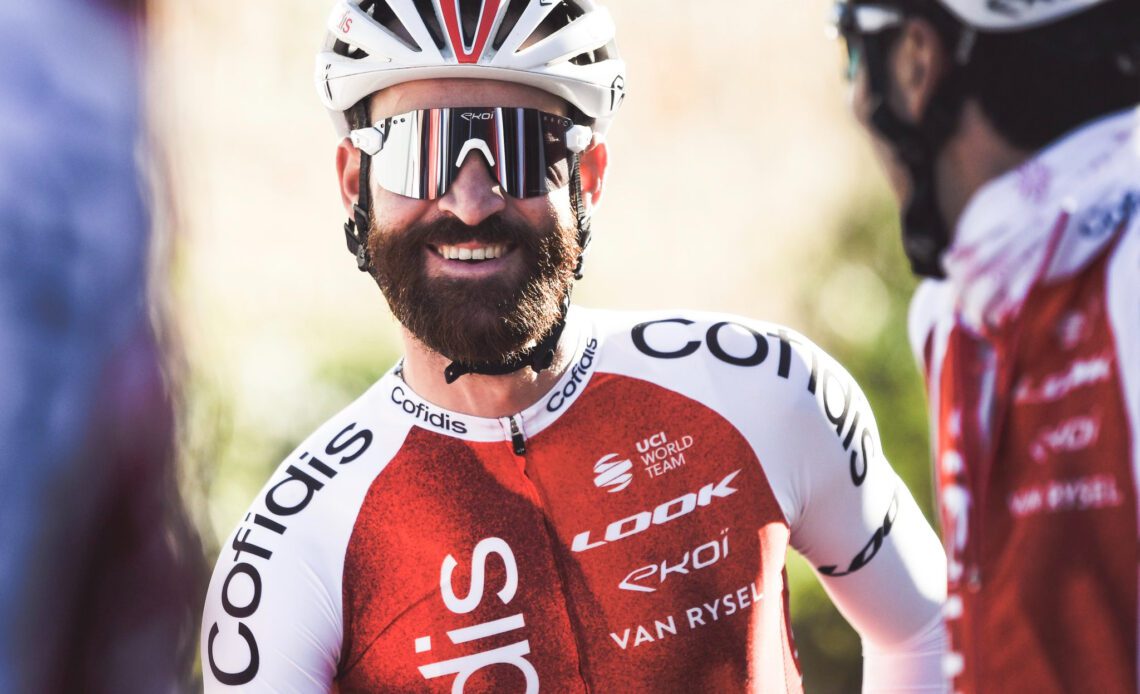 Cofidis has unveiled its new kit for 2023, sticking with the same red and white colourway but with a stylish update in pattern and design.

The kit, which has been designed and produced by Decathlon’s cycling brand Van Rysel in both 2022 and 2023, showcases the same central sponsors but with a notable switch from De Rosa to Look as the official bike supplier for the team.

In terms of design, the kit retains the red and white colour blocks which are now iconic to Cofidis, but features a tie-dye pattern within the red block. In Van Rysel’s description of the design (opens in new tab), the brand claims this is an ode to the new digital world: “Our connected era goes fast, very fast, and sometimes “glitches”, creating fuzzy, grainy images and jerky textures.”

The red colourway now dominates more of the jersey, stretching up to the shoulders where previously the torso was split at the chest between red and white colour blocks.

The team’s shorts remain black and are virtually indistinguishable from last year’s design aside from the Corima wheel logo now circling the cuff, where previously bike sponsor De Rosa was emblazoned at the bottom of the short.

The team kit is identical for the men’s and women’s teams, with sponsors shared between the two squads.

Cofidis announced in October that it would switch back to Look bikes after a three-year partnership with De Rosa bikes, putting Look back into the WorldTour peloton for the first time since 2014.

Cofidis is the latest WorldTour team to announce a new kit, with Bora-Hansgrohe unveiling its subtle update to the popular 2022 kit on Thursday, and we’ll expect more kit announcements on New Year’s Day and in the early weeks of 2023.

Cofidis men’s team confirmed its full 30-rider roster back in October with the signing of Christophe Noppe from Arkéa-Samsic. The team will continue to be led by Guillaume Martin, who has extended his contract through to 2024 along with Ion Izagirre, while other key riders José Herrada and Eddy Fine have extended until the end of 2023.