Elisa Balsamo’s bike: What is the former world champion racing in 2023? 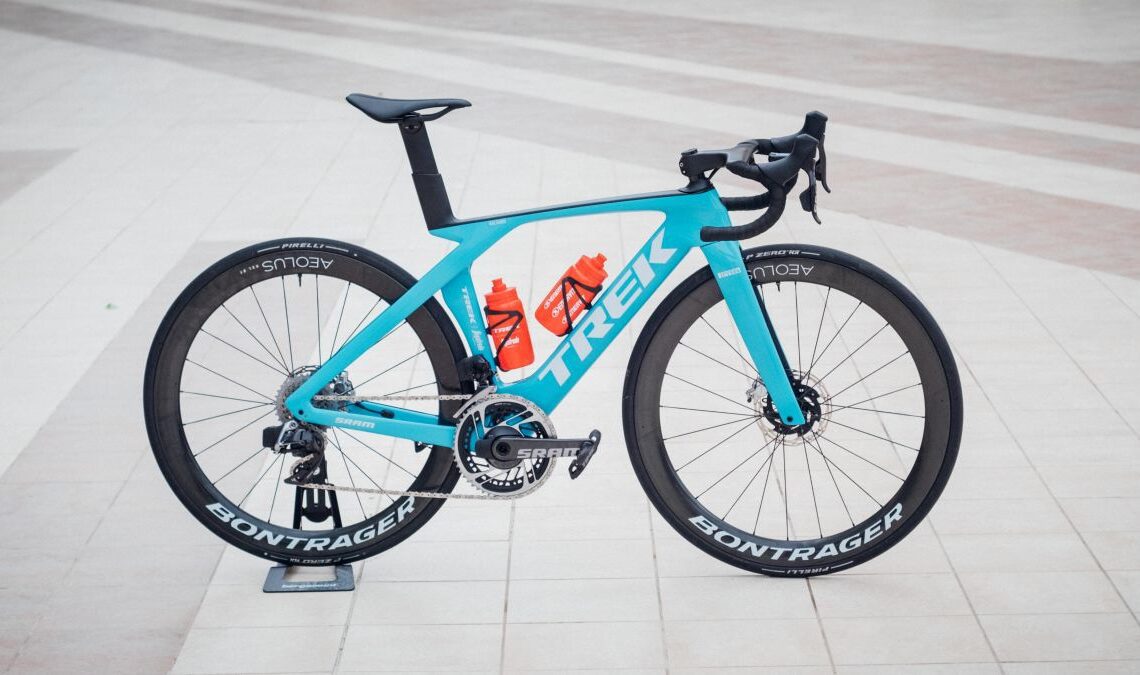 Some people in the fanbase of professional cycling believe in the curse of the rainbow jersey, whereby the newly crowned world champion finds it suddenly difficult to rack up wins once they are wearing the coveted rainbow stripes. Clearly, Elisa Balsamo doesn’t buy into that, having racked up nine wins in the stripes in 2022, including Ghent-Wevelgem, stage wins at the Giro d’Italia Donne, and capped it off by also winning the Italian national championships. Sadly this meant we never saw the Italian champion’s jersey on the road as the rainbow jersey takes precedence.

While Balsamo has relinquished the rainbow jersey for 2023 to Annemiek van Vleuten she is still very much a rider to watch for the season, and will still carry the rainbow collar and sleeve flashes of a former world champion until the end of her career.

While touring World Teams at their winter training camps in Alicante we were lucky enough to borrow Balsamo’s bike, the new Trek Madone, for a poolside photoshoot.

What is Elisa Balsamo’s bike?

The Trek Madone SLR is the most aerodynamic, and therefore technically the fastest bike the American manufacturer and headline sponsor of Trek-Segafredo makes. It was updated in 2022 to the latest model featuring a pretty radical redesign, and while we saw Balsamo riding an Emonda, the brand’s lightweight bike, last year, it’s no great shock to see her swapping to the new model. Riders typically get to choose between models if the manufacturer makes more than one top-end race model, so it may well be that we see her on an Emonda on particularly hilly races.

While there was no size label on the frame, and we were not permitted to whip out a tape measure, at 5ft 5in tall we expect this to be a size 52 frame. The wheels are provided by Bontrager, the Aeolus RSL 51 wheelset, a sufficiently deep aero set to compliment the frameset aerodynamics. Bontrager is an in-house subsidiary of Trek, so can effectively be considered part of the same package, much like seeing Roval wheels on teams sponsored by Specialized.

The drivetrain is taken care of by another American company, SRAM, in the form of its top-end fully wireless Red eTAP AXS groupset.