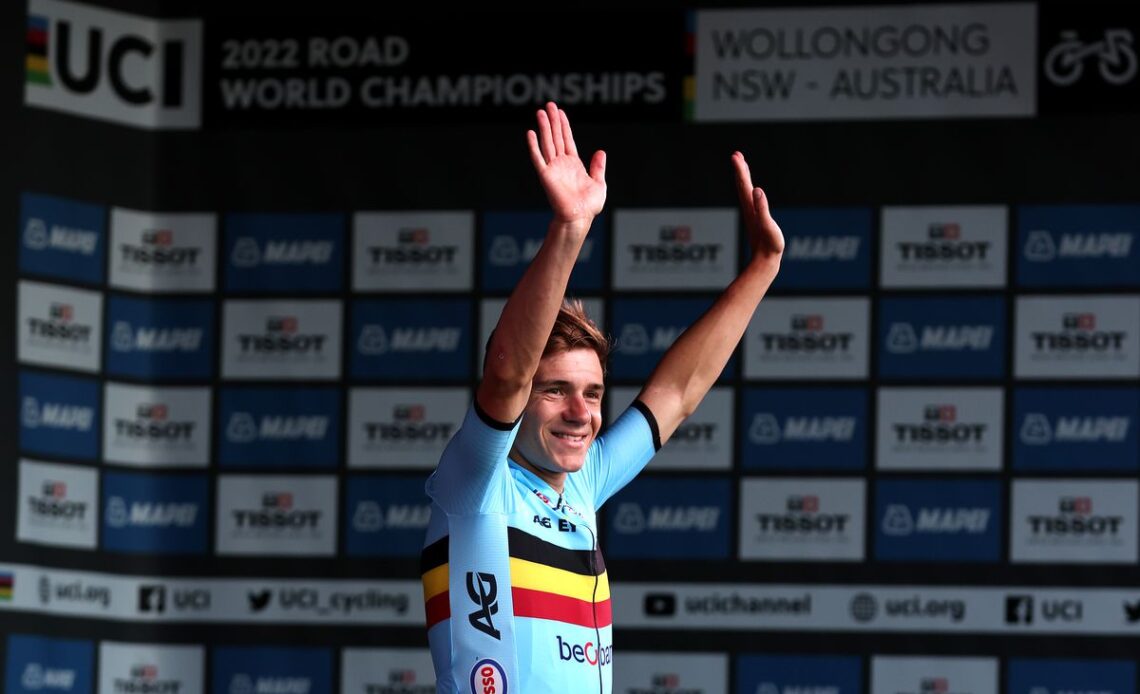 OK, I took the format out for a test drive, liked what I got there, and so let’s go big with it. Dames en heren… It’s your 2023 Soudal-Quick Step Team!

Yes, that’s the new name, and you’ve probably known that for a while, since they announced it in July, even releasing the new kit (scroll down). It’s a five-year deal, which means the sport’s most stable team in terms of performance will now be one of its most financially stable ones as well, for once. Previewing Team Lefevre is relatively easy. So hopefully this won’t end up being too boring.

1. What has Remco’s success meant?

The blaring headline is that Remco Evenepoel’s stunning success last year and the arrival of steady cash from a Belgian company are no coincidence. Nope, not even a little. Evenepoel, just shy of 23 years old, has been a major winner and even bigger attention-grabber since his teenage years, making him exactly the kind of person cycling sponsors want to attach themselves to. Provided he’s not secretly a jerk, and while some fans like to snicker about his imperfections and the attitude they suggested… I dunno. You try getting that much attention and keeping an even keel. He says the right things, his teammates treat him well, and he’s worked on the stuff he wasn’t good at to the point where he probably has a few shreds of humility in there somewhere.

Team-wise, it’s great to have money, but the roster hasn’t turned over just yet. That might take a little time, and Lefevre is on record as not having settled on the idea of Remco being the team’s sole purpose. You can bet that they will start talking to supporting climbers early in the 2023 transfer cycle, since the money is firmly in place now, but you can also bet that Soudal-Quick Step will keep an eye on both Evenepoel’s worthiness of more support as well as the needs of its other top guys. Personally, this all seems very smart — just as we shouldn’t rush to crown Remco the next Tour winner, so too should the team not rush into a hasty makeover of a team known for winning tons and tons of races without Remco.

2. Can you have too many sprinters?

Quick answer: No. Wait, is this Mark Cavendish…