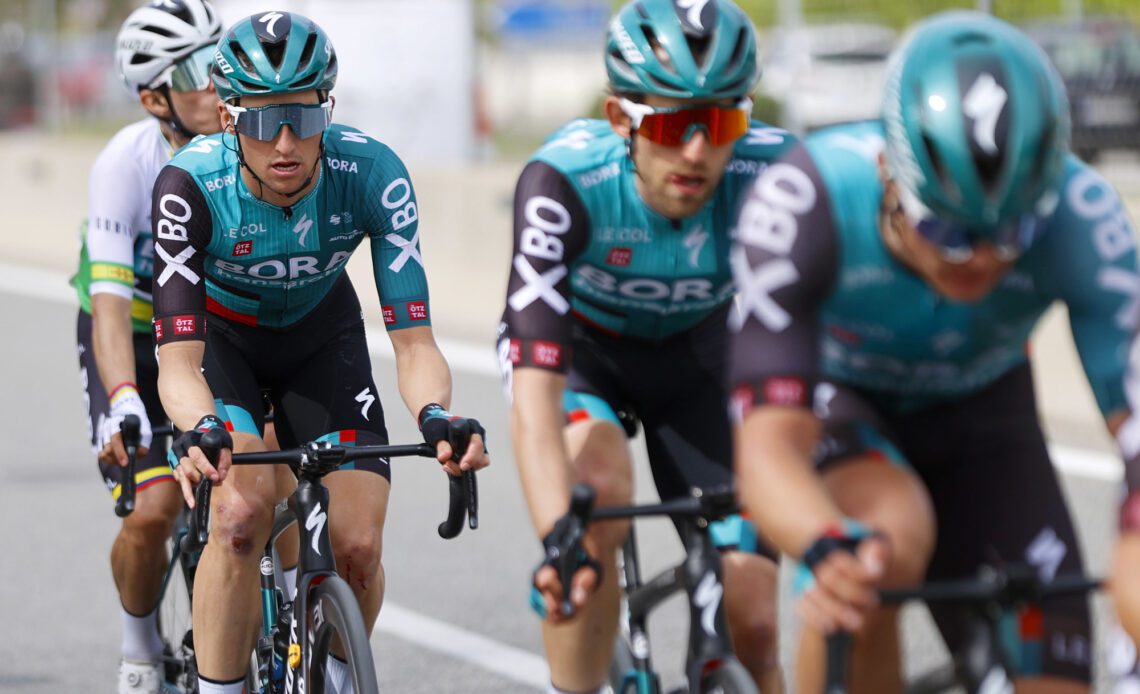 It wasn’t an entirely new endeavour, given that Emanuel Buchmann had already finished just off the podium of the Tour de France three years ago, but Bora-Hansgrohe’s decision to pivot more markedly towards the general classification of Grand Tours could scarcely have gone much better than it did in 2022.

Jai Hindley and Aleksandr Vlasov were the marquee signings of the post-Peter Sagan era, and their arrival signalled a distinct change in emphasis. Even a rotten run of results in Spring – due largely to having so many riders laid low with illness – was greeted with relative calm by management, which now included Rolf Aldag.

Since the depths of winter, Bora-Hansgrohe had made the Giro d’Italia the centrepiece of their new GC strategy, and they deployed most of their top climbers – bar Vlasov – at the race, with designs on carrying the maglia rosa to Verona. The sheer depth of talent in their squad made its presence felt on stage 14, a hilly circuit race around Turin, where Wilco Kelderman shredded the race before Hindley proved to himself that he had the measure of the pre-race favourite Richard Carapaz.

The onslaught that afternoon was planned by another new addition, directeur sportif Enrico Gasparotto, and his tactical invention was to the fore once again on the penultimate stage up the Marmolada, where Lennard Kämna dropped back from the early break to produce a race-altering stint of pace-making on Hindley’s behalf. The Australian, in turn, sprinkled a little stardust on a Giro high in suspense but low on excitement with his race-winning acceleration in the final 3km.

“We’re not here to put socks on centipedes, mate,” became Hindley’s catchphrase on the Giro, and it neatly summed up the attitude that set Bora-Hansgrohe apart from so many other teams with similar strength in depth. Rather than go through the motions with by-the-numbers stints of pace-making, Bora-Hansgrohe picked and chose their moments across the Giro, believing a well-timed ambush to be more effective than a telegraphed show of strength.

In 2023, Bora-Hansgrohe will no longer be a surprise package, of course, even if Hindley will make his Tour debut as something of an outsider given the presence of Jonas Vingegaard (Jumbo-Visma) and Tadej Pogacar (UAE Team Emirates). The mountainous route, with just 22km of time trialling, will certainly be to Hindley’s liking, and while his Giro feats may not have come against Pogacar et al, some of the numbers he produced…